Protest staged by members of the Shiites movement turned bloddy this afternoon July 22nd after some members of the movement engaged the police in a fierce gun battle at the Central Business District in Abuja, the nation’s capital.

The police had asked the Islamic group members not to stage any protest out the designated area for protest in Abuja which is the Unity Fountain. However the Shiites who are demanding the release of their leader, Ibrahim ElZakzaky, dared the police and took their protest to the Central Business district.

Efforts by the police to stop them from staging the protest turned bloody within minutes as gun shots were fired by the Shiites and the police.

A bus belonging to the National Emergency Management Agency, NEMA, was reportedly burnt by the angry Shiite members.

See photos from the bloody protest below 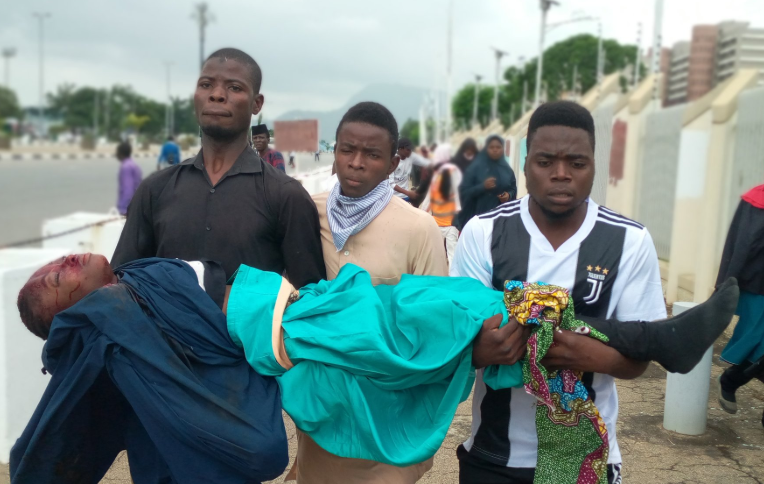 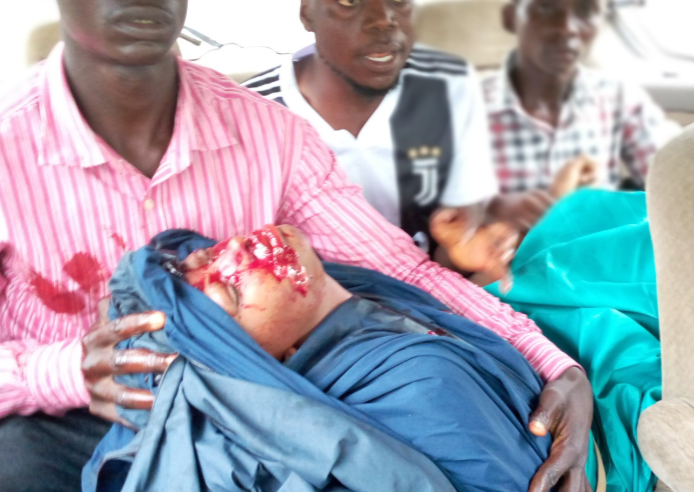 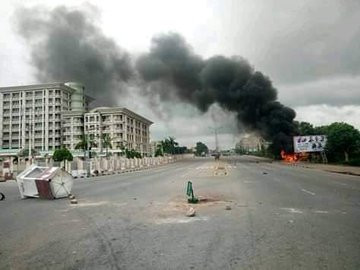 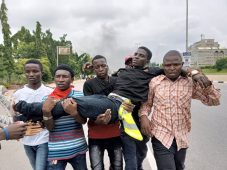 video: Student strips off in class to defend her presentation after professor said her clothes were “too short” for public speaking
"I Will Not Vote For Either Buhari Or Atiku" - Soyinka
Neymar banned for telling VAR officials to 'go f*** yourselves'
Hollywood actor Robert Guillaume dies at 89