For the 5th year in a row Nigeria’s Bisi Alimi has made it to the UK Pride Power list alongside other powerful advocates.

On Saturday 6 July, London commemorated Pride in London – celebrating the lives, achievements, history and future of the LGBT+community, The Independent reports.

To coincide with the jubilant occasion, the Pride Power List 2019 was released, revealing the members of the LGBT+ community in the UK who have made the greatest positive impact in the past year in the fight for the equality and inclusion of LGBT+ individuals, the publication adds.

The list was published exclusively in The Independent. This year’s list received a staggering 50,000 nominations from the general public, a far cry from the small number of nominations received during its inaugural year in 2012.

Bisi Alimi reacted to making it on the Pride Power list 2019 by writing on Facebook: “Thanks to everyone who deemed it fit to vote for this boy from Mushin.

“For 5 years in a row, I have been on the UK pride power list. When I came out 15years ago, I never thought, that shy, fragile and disillusioned 29years old will have his place in the world.

Court stops El-Rufai from sacking 4,766 District and Village Heads in the State

“Happy pride and thank you all.” 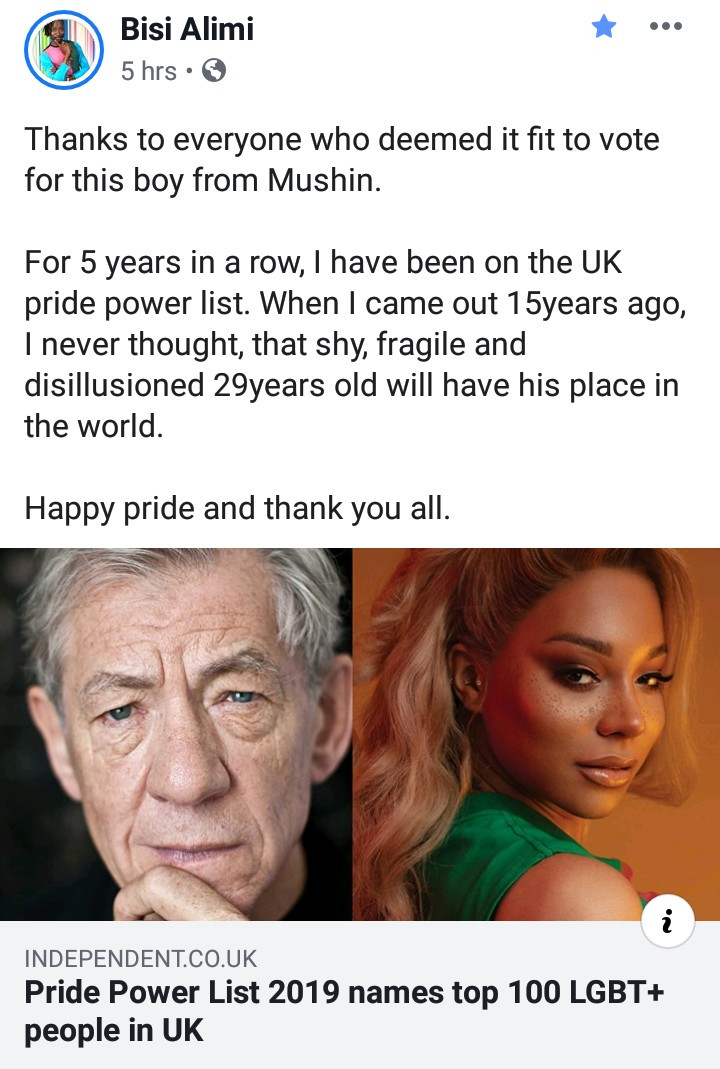 See full lists from The Independent. 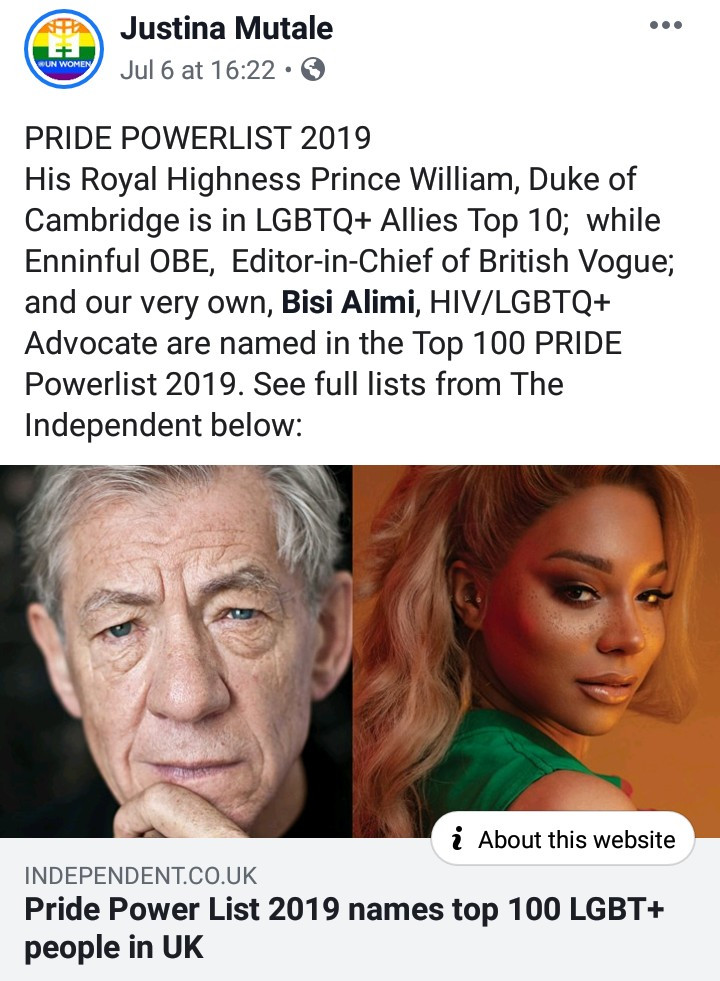