President Buhari’s aide on social media, Lauretta Onochie, has charged the Nigeria Police Force to investigate the Senior Pastor of COZA Church, Biodun Fatoyinbo following the rape allegation against him by Busola Dakolo.

Reacting to the recent calls for him to step down, Onochie tweeted, ‘what is the Police waiting for to invite this alleged rapist for questioning? This may lead to a polygraph or lie detector, telling us who is telling the truth. Police pick him up, same way you’ll pick up an accused poor man!

In another tweet, she wrote, ‘what I don’t understand is why Nigerians are calling on the alleged rapist, Biodun Fatoyibo to step down as a Pastor. Pastors are above board & above suspicion. He was never a Pastor. What we should be doing, is calling on the Police to invite him for questioning’. 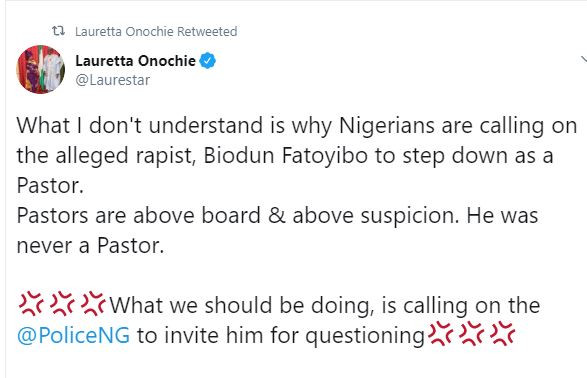 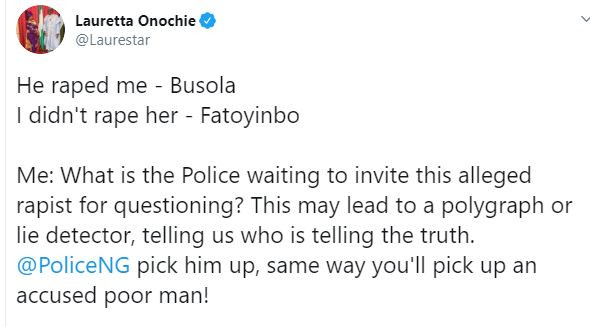