An ex-soldier who served with Prince Harry was “strangled” in front of about 20 witnesses and no one did a thing to help him.

James Wharton, 32, says he is “disgusted” no one called 999 as he was “strangled” by a stranger in an unprovoked attack. He said the witnesses did nothing and left him to fend for himself.

He said it happened after he looked at the stranger “the wrong way” as he walked to work at 9am.

Recalling the terrifying attack James said: “What is wrong with society? I’m disgusted nobody gave a f***. There were easily 20 people in the street all around me. Not one came to help me. Not one. Even the window cleaner at one of the shops didn’t fuss himself with me being strangled in front of him on the floor.” 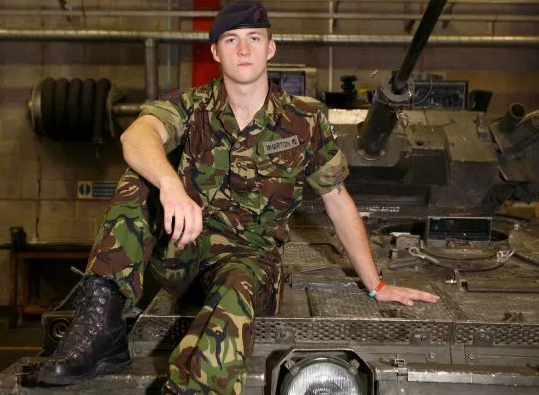 He revealed that his assailant even continued attacking him when he was on the phone to West Midlands Police and ran off before officers arrived.

James said: “Apparently I looked at him the wrong way. Where I come from, if you see some behaving aggressively in the street at passersby, you’re liable to look at them a bit funny.

Many feared dead as plywood falls off Lagos bridge

James said he walked away as the man hurled insults at him. Things then got violent when James took a picture of the man on his phone to pass to police.

He added: “I took a picture of him because I was sure as hell going to report what I’d seen and had to endure. I was thrown to the floor, my phone was taken off me, he slapped my glasses off my face, he strangled me.”

James, who was among Britain’s first openly gay soldiers, made the headlines in 2013 when he revealed Prince Harry saved him from an homophobic attack involving six fellow soldiers.

He said he fled the homophobic soldiers and found Harry, who was then his tank commander. He told Harry he feared he was going to be “murdered” by his attackers.

He says the Prince told him: “Right, I’m going to sort this s*** out once and for all.”

And Harry kept to his words. He warned the gang they’d be disciplined if they carried on with their threats.