Fights broke out between protesters outside Buckingham Palace as Donald Trump met with members of the Royal Family yesterday.

Pro-Trump and anti-Trump activists were pictured fighting over a Make America Great Again cap shortly before the President arrived for his state banquet with the Queen.

There have been protests across the country against Trump’s visit and a huge march is expected to be attended by up to 250,000 people today. 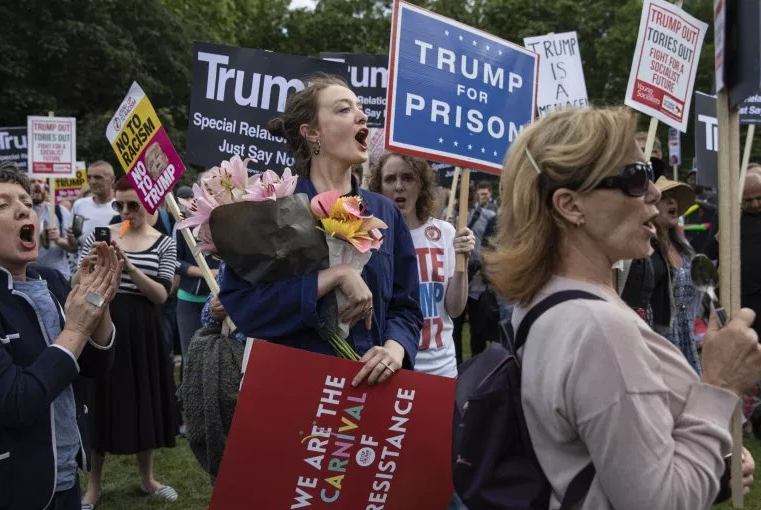 Labour leader Jeremy Corbyn will address those demonstrating against Mr Trump’s policies on the second day of his visit. Mr Corbyn, who refused to attend a state banquet for Trump on Monday evening, said he will join the crowd of protesters to “stand in solidarity with those he’s attacked in America, around the world and in our own country”.

Photos from the protests show protesters getting into heated debates and pointing fingers at each other. Police officers were also pictured trying to calm angry protesters. 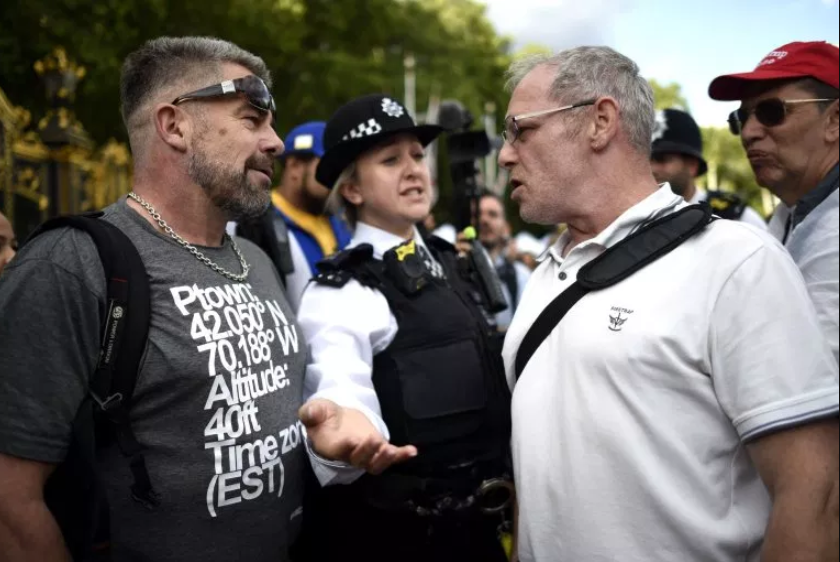 According to Metro UK, organisers of the Together Against Trump protest have billed it a “carnival of resistance”, with demonstrators gathering at Trafalgar Square today from 11am to declare a “Trump-free zone”.

Also, during today’s protest, the giant, orange inflatable baby Trump blimp will take to the skies again after its owners reached their fundraising target and permission was granted by the Greater London Authority. Organisers plan to fly the 20ft blimp of the nappy-clad president clutching a mobile phone for two hours from 10am over Trafalgar Square. A 16ft talking robot of Mr Trump sitting on a gold toilet is also expected to make an appearance. 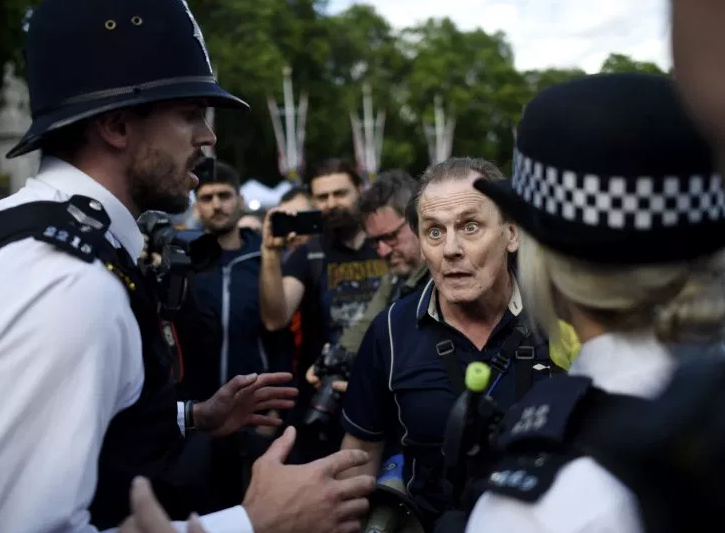 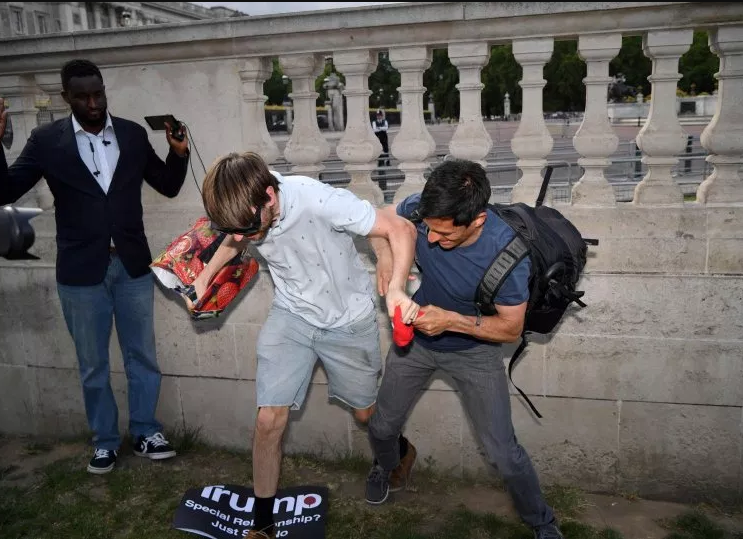 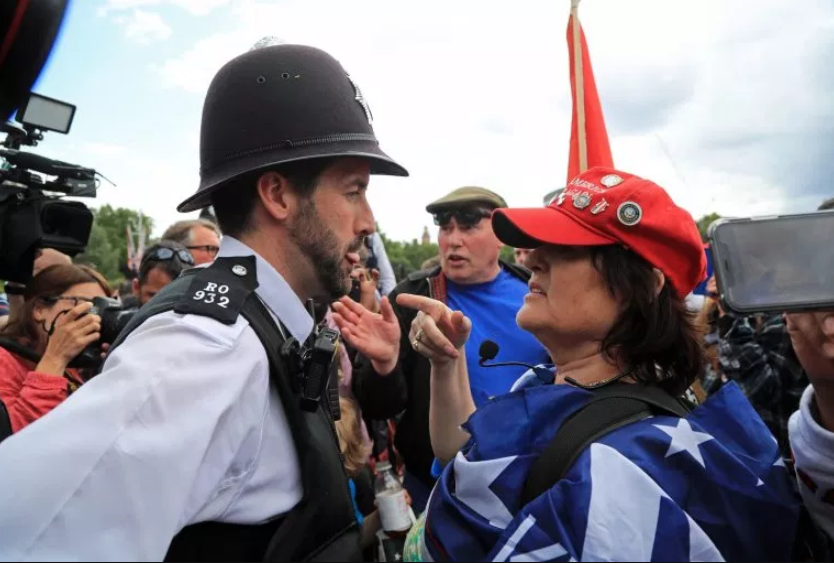 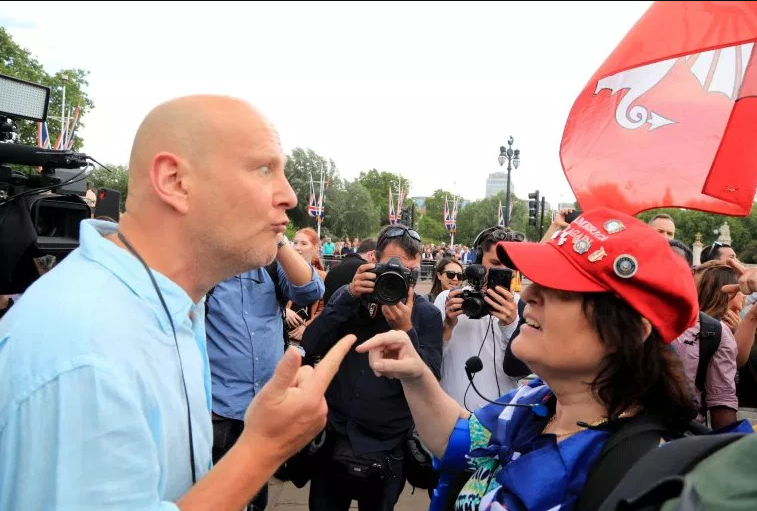 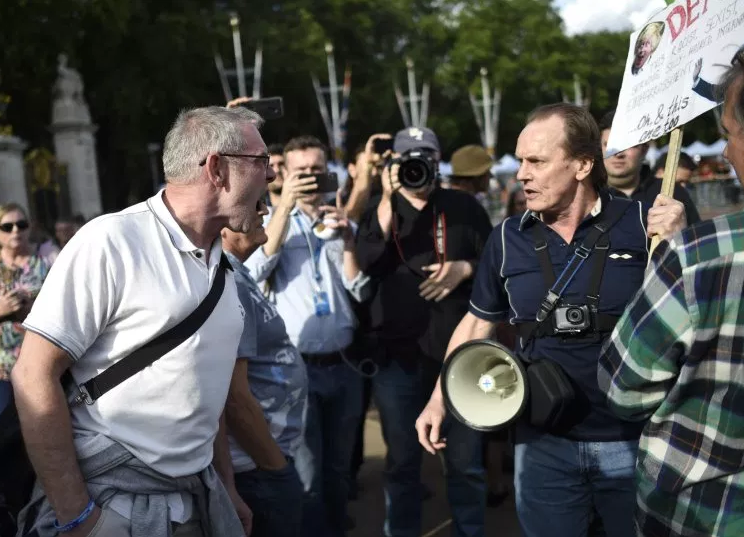 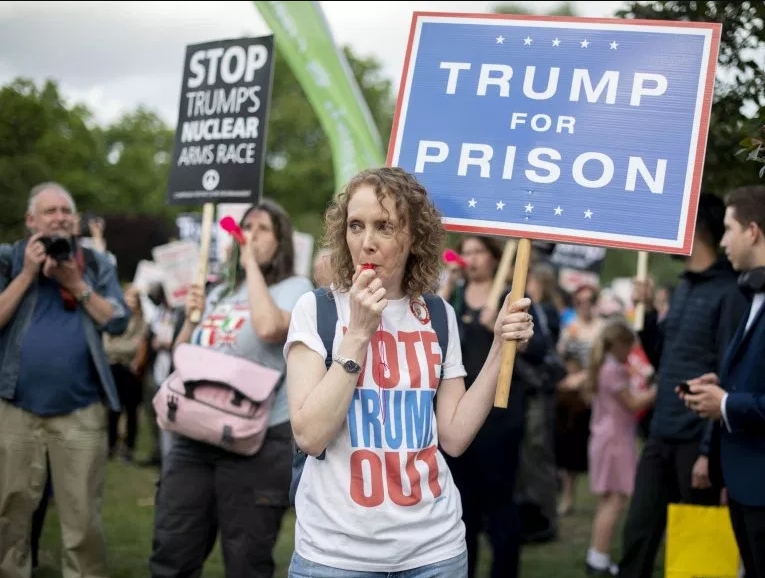