Shocking footage shows the moment a man was engulfed in flames after he set himself on fire on the White House lawn.

The unidentified man set himself on fire shortly after midday on Wednesday afternoon. In the horrifying video, the man is seen consumed by fire in the Ellipse park beside the fence of the president’s Washington DC residence. He walked around for several seconds while on fire before law enforcement officials rushed to put him out with a fire extinguisher. 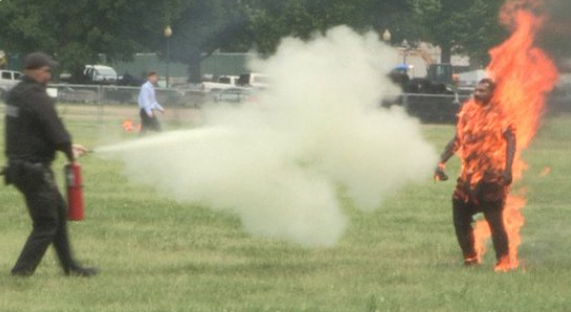 The man was rushed to hospital afterwards but died in hospital the following day after he suffered burns to 85%of his body. Arnav Gupta, 33, was filmed engulfed in flames in the Ellipse park, just south of the president’s Washington DC home on Wednesday 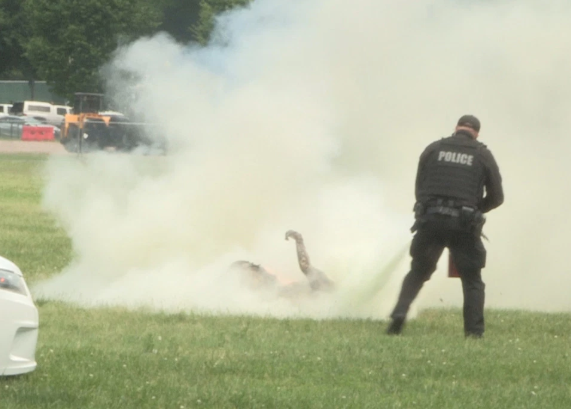 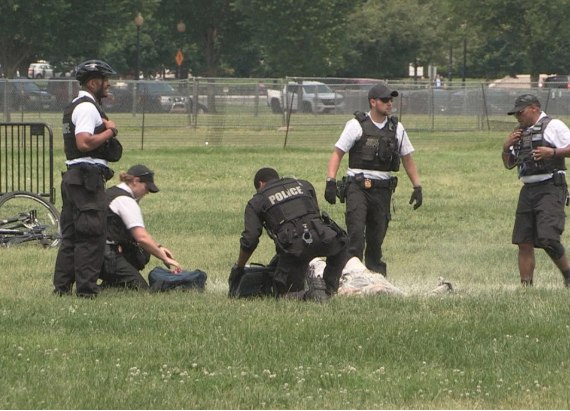 Before Gupta was identified as the man who set himself on fire, a press release had been issued by Montgomery County Police Department on Wednesday night asking for information on his whereabouts over fears for his safety. The press release said that Gupta had last been seen by his family when he left his home in Cindy Lane, Bethesda, around 9:20am Wednesday morning, three hours before he killed himself.

A police spokesman added: “Police are concerned for Gupta’s physical and emotional welfare” 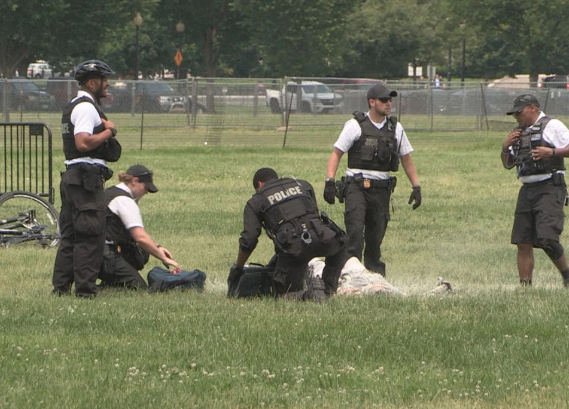 He was spotted in the park with a suspect device moments before setting himself on fire, Metro UK reports. It was also reported that he was wearing a protective suit when he set himself alight. There was also a suspicious package on fire near him which was also extinguished by the Secret Service.

So You Have an STI. What Should You Do Next?
PDP rejects new election dates, say Yakubu should resign
Six Countries BAN Meat From South Africa
"R Kelly is guilty of these charges" – Lawyer confirms