Yesterday, the federal government redeemed a 25-year pledge when it presented documents of the apartment promised to Clemens Westerhof, former Super Eagles’ chief coach, for leading his team to world glory in 1994.

Babatunde Fashola, the minister of power, works and housing, who made the presentation on behalf of government, said it was regrettable that a promise took so long to redeem.

“It is unfortunate that this is a promise that has taken us so long to redeem. But it is indeed better late than never in this case,’’ he said. 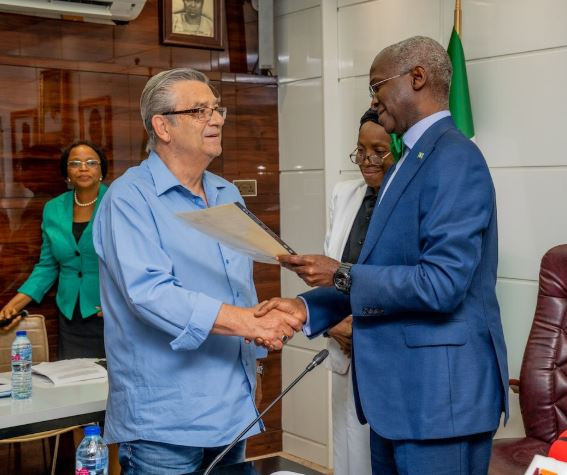 Westerhof, a native of Holland, in 1994 led the senior male national football team to Nigeria’s second continental triumph. The team won the Africa Cup of nations (AFCON) at Tunisia, coming 14 years after the first triumph in Lagos in 1980. His team went on to shock the world at the 1994 FIFA World Cup in the U.S., where they lost in the second round 1-2 to Italy after extra time.

Fashola said Nigeria as a country and all Nigerians as a group are grateful to the Dutchman because he really did the country proud with his achievements. “I thank Westerhof on behalf of all of us for the services he rendered to Nigeria, and we are proud that he has come to receive the documents alive,’’ he said.

The minister went on to disclose that Westerhof’s apartment was under renovation and he would only get the keys after the apartment was ready for occupation. 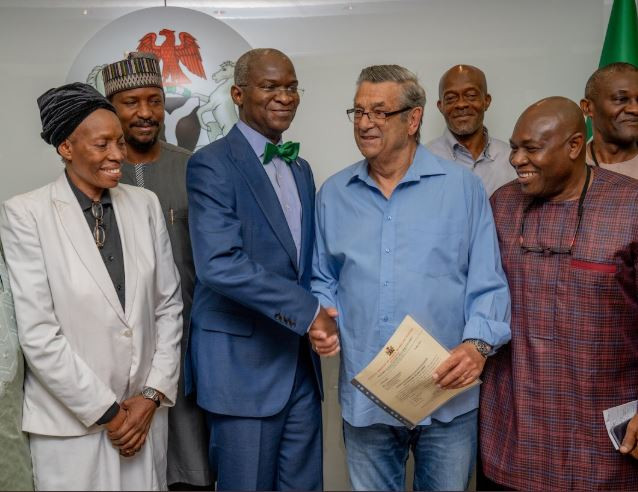 In his response, Westerhof said he was highly surprised and thankful that he was finally getting the apartment which is in the Gwagwalada area council of the FCT.

“I am thankful to you all, and now I can feel myself more of a Nigerian now. I can now stay here when it is so cold back there in Europe. I also thank God for this blessing of being invited here today to collect my papers. I hope I will soon get my keys, because you never know with Nigeria’’ he said.

Girl, 11 Will Know On TV If She Was Impregnated By Her Step Father Or Brothers
Full list of the fresh 9-charges slammed against Dino Melaye by the Police
China: 14 year old model collapses and dies after 12-hour fashion show
Christians To Hold 400 Hours Of ‘Non-Stop Praise’ To Celebrate Buhari’s Recovery