Tonto Dikeh has threatened a number of entertainers and she didn’t hesitate to mention their names.

The actress revealed on Instagram that she’s in a new relationship but she warned her fellow entertainers to stay away from her man and desist from begging him for money as they are known to. She threatened to expose their “gay asses” if they go against her wishes.

The mother-of-one then went on to specifically name a number of entertainers including IK Ogbonna, Tuface Idibia, Annie Idibia, Eniola, Praise, Toyin, among others. She warned them and threatened to disgrace and beat them up if they cross her.

She wrote: “Dear Nollywood and music industry, I am in a new relationship now and, to God, if I see anyone of you begging him money, begging him to sponsor your shows or movies… I will mess you up and your whole life!!

She added: “Idiots. Na if I find una beg abi. I will expose all your gay asses and the females to go!!” 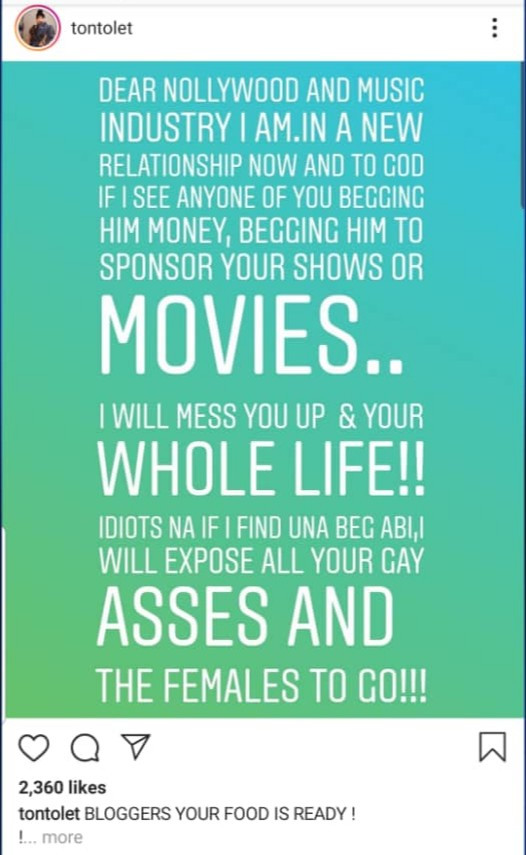 It is believed this might be in reaction to her being threatened by the Board of Trustee (BoT) of Actors Guild of Nigeria (AGN) for her continuous attack on her ex-husband.

Tonto went on to add in her caption: “I WILL DISGRACE YOUR FUTURE!

“Ik igbonna, Annie, 2face, eniola, praise, juju, TOYIN and co be warned I truly dont want problem!! But I will beat you up,if you can beat me get ready!!” 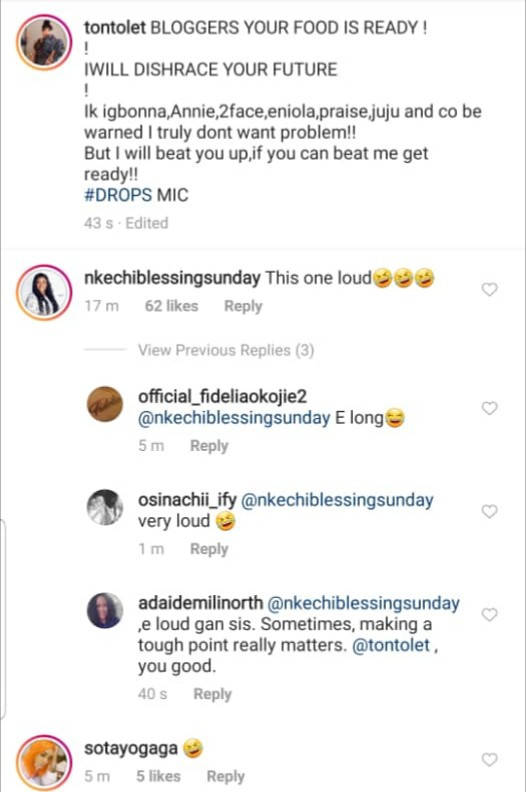 "No nation will become great if its women are left in the kitchen"- Obasanjo
Categories: News