close menu
Drama took place in church as 3 members of Christ Mercyland Deliverance Ministry (C.M.D.M), Warri, Delta state who donated N50 naira for a building project where called out.
After an intense moment of shock in church over the reaction to the giving by the man of God, Prophet Jeremiah Omoto Fufeyin, the entire auditorium was perplexed as nobody could imagine the next outcome of the incident.
The drama finally turned into jubilation as the founder, Mercy Television, Prophet Jeremiah Omoto Fufeyin surprised everyone to blessed the 3 members who donated N50 naira with N1,500,000 million naira (N500,000 naira each). 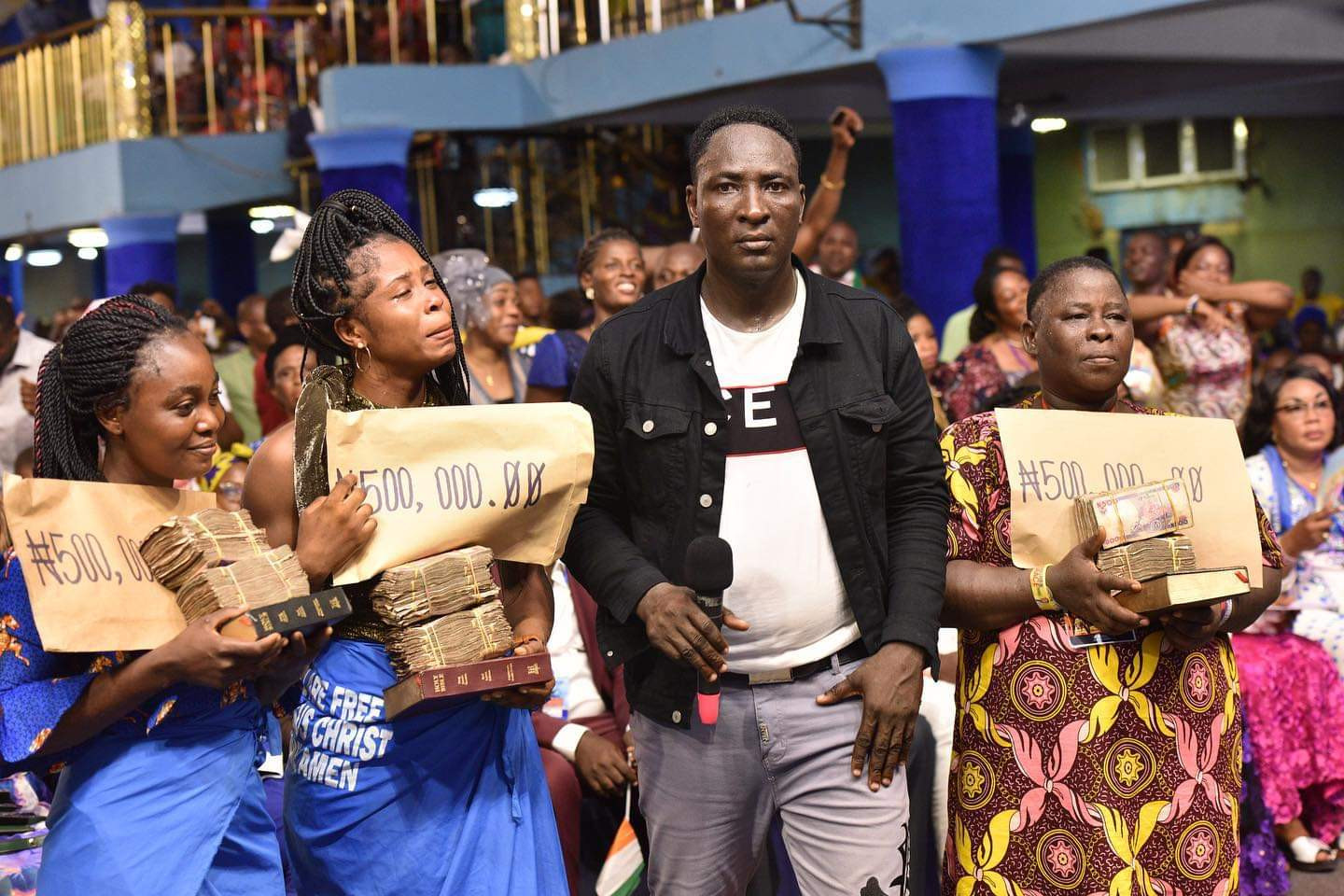 The members gave all they had to support the ministry but were not anticipating the blessing they got. Owomowomo 1 as he’s fondly called said he was instructed by God to bless them financially for publicly admitting they gave N50 naira to support Gods work after he had announced a minimum of N500 naira donation for the building project.
Clink on the link below to watch the full video of what happened….
https://youtu.be/xSDU21y7eko
OAU sex for marks lecturer remanded in Ilesa Prison til December 17th
Female student expelled from university for hugging a male student
Categories: News