India is set to become the latest country to land on the moon.

The South Asian country announced that its Chandrayaan-2 mission to the moon will launch between July 9-16 this year, after earlier plans for an April lift-off were scrapped.

In a Twitter post, Indian Space Research Organisation’s (ISRO) said: “We are ready for one of the most exciting missions. Launch window between July 9-16 & likely Moon-landing on Sept 6, 2019.” 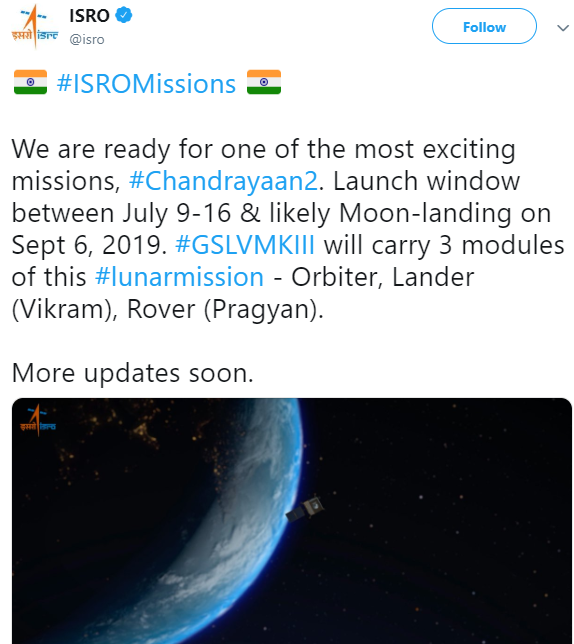 So far, only Russia, the US, and China have been to the moon. Israel made an attempt earlier this year but failed. If India succeeds, it will become the fourth country to accomplish this feat.

Pastor Chris Oyakhilome: "Your husband is your master and not your equal" (video) 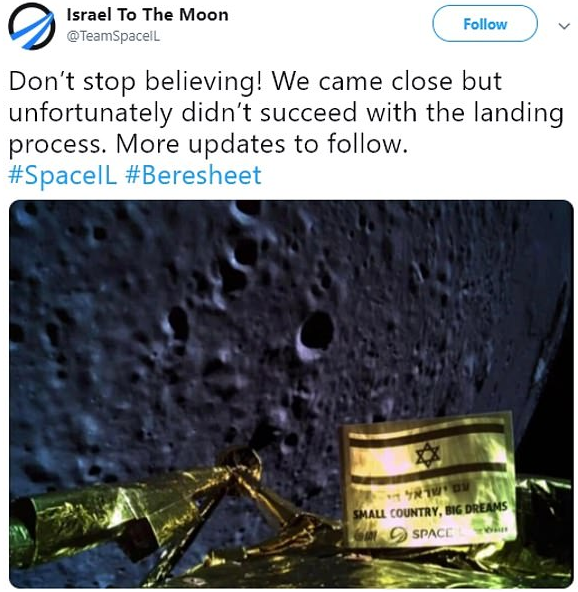 It will be India’s first mission to the moon’s surface and will aim to land near its south pole, a currently unexplored territory. All previous lunar crafts have landed near the equator and this is the first time one will land near the south pole.

It is the Indian Space Research Organisation’s (ISRO) second lunar probe and the first one destined to land on the moon, according to Daily Mail. The country’s first mission, Chandrayaan-1, launched in 2008 and was terminated a year early after scientists lost contact with the unmanned orbiting spacecraft.

Uganda’s Ugliest Man Has 8 Prettier Kids Than You (Photos/Video)
And as the people wait for Fayose to kill himself over Pres. Buhari’s Return…
Mandela’s hands sell for $10m
Boko Haram suicide bombers attack military barrack in Borno