ISIS leader Abu Bakr al-Baghdadi has reappeared in a new video, after nearly 5 years of absence. In the video, he blames the “savagery” of Christians for ISIS’ defeat in the battle of Baghouz and vowed to get revenge for his dead militants.

Al-Baghdadi, who is the leader of the Islamist terrorist group, was last seen in July 2014, when he gave his last sermon at the Great Mosque in Mosul, Iraq. He has not appeared in a video since then.

He reappeared for the first time in a propaganda video released today by the jihadist organisation. 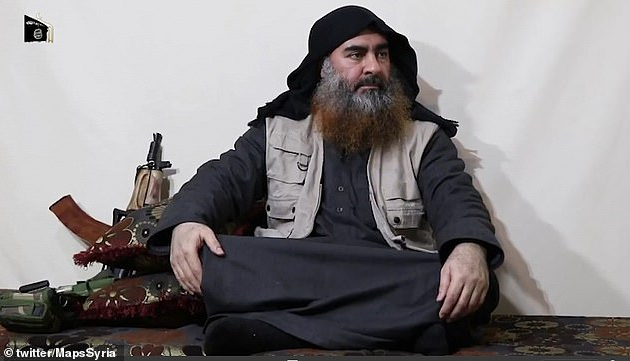 In the video, the 47-year-old is seen looking aged as he sat cross-legged with a rifle resting against the wall near his arm. The Iraqi militant, who suffers from diabetes, spoke slowly, often pausing for several seconds in the middle of his sentences.

It is unclear when the footage was filmed, but Baghdadi referred in the past tense to the months-long fight for Baghouz, IS’s final bastion in eastern Syria, which ended last month. A written script at the start of the video dates it to earlier in April, but the authenticity and exact date of the recording has not yet been independently verified, Daily Mail reports.

Sitting on a cushion and speaking to three men whose faces have been blurred, Baghdadi said: “The battle for Baghouz is over.”

He continued: “There will be more to come after this battle”, adding that his group is fighting a “battle of attrition”. 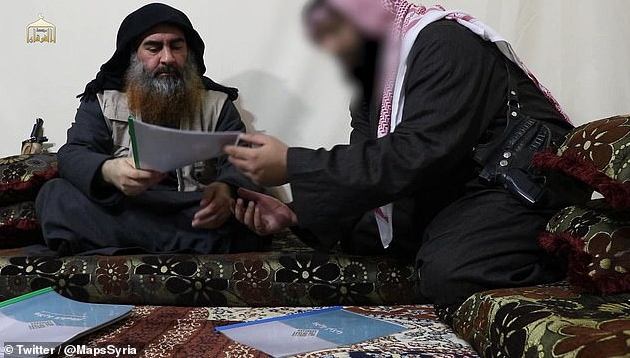 He blamed the fall of his “caliphate” on the “savagery” of Christians towards Muslims and that the battle of Baghouz demonstrated the “barbarism and brutality” of the West and the “courage, steadfastness and resilience of the nation of Islam”.

Baghdadi said: “Truthfully, the battle of Islam and its people against the cross and its people is a long battle. The battle of Baghouz is over. But it did show the savagery, brutality and ill intentions of the Christians towards the Muslim community.”

In the video, he also said the Easter Sunday bombings in Sri Lanka were carried out by ISIS in retaliation for ISIS’s defeat in Baghouz.

Baghdadi’s voice is heard referring to the April 21 Easter attacks as “vengeance for their brothers in Baghouz”.

Baghdadi said: “There will be more to come after this battle. In fact, the battle of Islam and its people against the Crusaders and their followers is a long battle. This steadfastness shocked the hearts of the Crusaders in what increased their rage.”

Baghdadi has been rumoured to have been wounded or killed several times in the past and a bounty of $25million remains for his head.

Watch the video recently released by the terrorist group below. 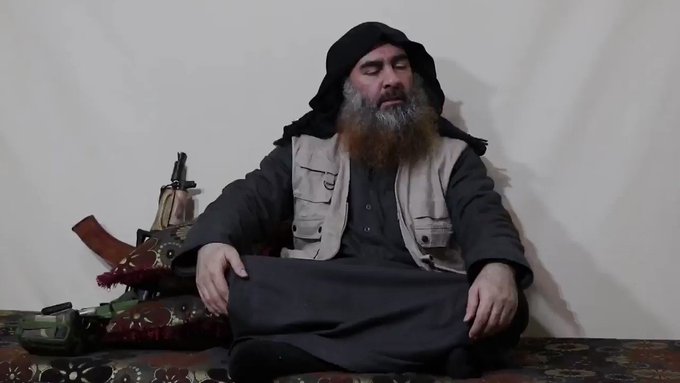