The mother of one of the Muslims killed in a Christchurch mosque has died of a broken heart hours after her son’s funeral.

Kamel Darwish, 38, a married father-of-three, was killed when a gunman opened fire in the Al Noor mosque during Friday prayers on March 15, killing 50 people.

Kamel’s funeral was held on Friday and the morning after his mother, Saud Abdelfattah Mhaisen Adwan, 65, also passed away. 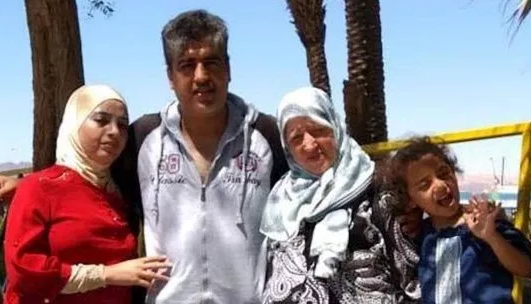 According to the New Zealand Herald, an official from the Sydney-based Jordanian Embassy confirmed that Saud suffered a heart attack. But some have said the mother passed away from a “broken heart”.

She came yesterday to attend the funeral. Apparently this morning she passed away because she couldn’t put up with the sorrow and sadness of losing her son.

Photos: Man has his penis, testicles and nipples removed 'because they spoiled the view of his body art'

They are arranging to take the coffin back to Jordan.

Her nephew Adwan, 33, said he believed the gunman was responsible for the death of both Kamel and mother Saud.

She just didn’t wake up. We feel like the main reason for her death is sadness.

President Buhari asks for return of stolen assets without legal action
Watch: Bishop David Oyedepo ‘reads’ letter from herdsmen saying there will be no peace…
“Prisons will be filled with critics and bloggers, should the hate speech bill be passed” – Shehu Sani
20 New Bills From The House Of Reps