The Cross River State Police Command has paraded an official of the Department of State Security (DSS) and three others including a female for alleged kidnapping in the state.

“Through intelligence-led policing, the suspects were trailed to Atimbo where they were arrested. One Toyota Camry Car, CAL 237 CG, one Jackknife and assorted phones were recovered. Investigations are ongoing.

“For DSS personnel, we have written a letter to his organization to ascertain if he is a serving DSS man or not. These suspects went to a certain house and kidnapped the brothers of Mr Robert Bassey and demanded a ransom of N250, 000 if not the victim would be killed”

One of the suspect, Eyo Edet Okon who spoke to DAILY POST denied their involvement in the alleged kidnap. Okon said “I am not a kidnapper, the allegation is a lie and it is a big fabrication.

“We went to Robert Bassey’ s house to ask him for our money, he promised to help and give us admission in Unical, he collected N107, 000 from me, and he collected N48, 000 from my sister which was looking for a change of course, nothing was done and our money was not given back to us. 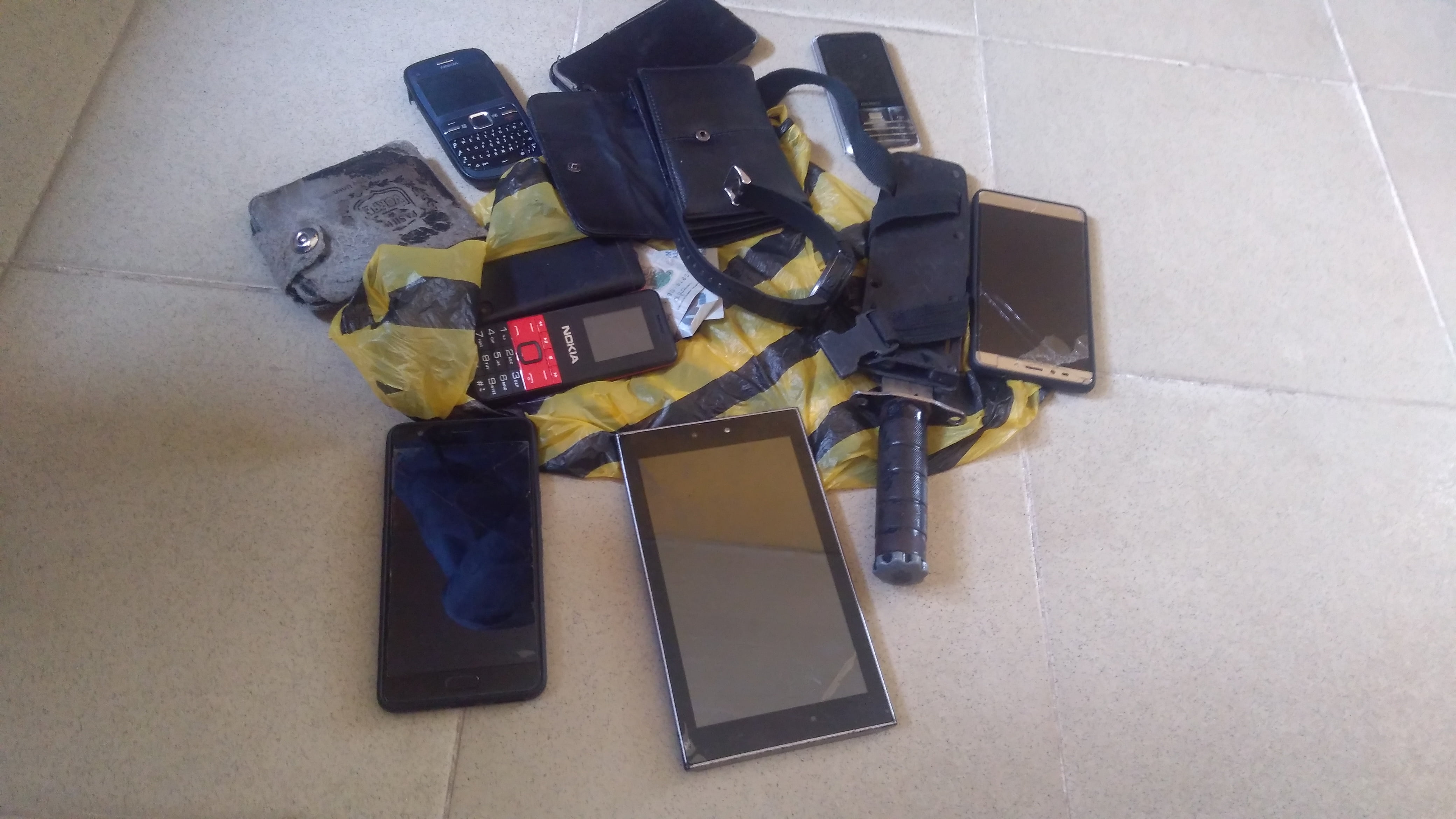 “We have gone to him several times begging him to return our money and he kept on posting us and sometimes, he will say he will meet the head of the department. On Sunday, I went to him and asked him for the money and he promised to give us but did not. My parents are aware of this and more so, I am a member of Jehovah Witnesses.

“On Wednesday, we met our DSS friend and told him everything about the matter and he asked us if we have attempted to make peace with him, we said yes but he has refused to give us our money. We requested for DSS to invite him to their office for questioning but since we could not lay our hands on him, we now invited his two brothers who came with us to DSS and the DSS interrogated them and asked us to return them since they were not the person who owed us.

“On our way to return them, the man that owed us called one of them and spoke in their language and the DSS man asked him to bring in our money, he however arranged with the Police and alleged that we are kidnappers. We want justice to be done; the man should be interrogated to know the truth” he pleaded.

Also speaking to us, the victim, Brown Irek Ofadim and Victim Isaac Sampson gave different versions to the event that led to their alleged kidnap. Ofadim said “On Wednesday while I was copying my note, three boys and one girl came into our house and asked for my elder brother Bassey Robert and my elder brother said I should ask them what they wanted and when I told them, one of the suspects showed him his ID that he was a DSS personnel.

“Police came to our rescue at opposite Unical hotel. They said my brother should pay them N200, 000 before they release us. I don’t know the name of our street at Atimbo. I am a student of Unical studying Mathematics, 200 level” he said.

Sampson said, “While I was reading at Twins Street, Uwanse, the suspects entered, they did not ask us anything, they went and knocked on the door and came back and asked us about my uncle and I went in and saw my uncle and he told me that whenever he was sleeping, nobody should wake him up and I came back and told them that and they now picked us and took us away. “My uncle is a student in Unical, and I came to Calabar on Saturday for Police recruitment,” he stated.

‘This is not a time to use terror for political gain’ – Hilary Clinton lashes out at Trump over London attack
Categories: News