According to Chinese media, a doctor has performed the first ever brain surgery over a 5G mobile network. A patient with Parkinson’s disease allegedly had an implant put in their brain by a doctor who was more than 1,800miles away (3,000km).

The doctor who did the operation said the new technology could make it easier for medics to operate on people who live in more remote areas and can’t travel.

Dr Ling Zhipei, a surgeon at the People’s Liberation Army General Hospital in Beijing, did the procedure while thousands of miles away using surgical robots he inserted a deep brain stimulation implant a device used to try and control the tremors Parkinson’s patients suffer into the patient’s brain. 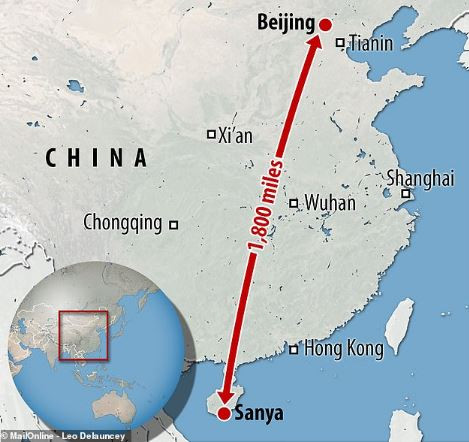 The procedure was carried out on Saturday and lasted about three hours.  It isn’t clear exactly how Dr Ling controlled the machines from his location, only that he was able to use mobile internet to move them ‘almost in real time’.

Dr Ling was working in the city of Sanya on the island of Hainan, which is off the south coast of China, near Vietnam. Beijing, meanwhile, is in the north. Dr Ling said: ‘The 5G network has solved problems like video lag and remote control delay experienced under the 4G network, ensuring a nearly real-time operation. And you barely feel that the patient is 3,000 kilometers away.’

"All Governors will have to pay the N30,000 Minimum wage"- NLC
EFCC detains former Kaduna state governor, Ex-Minister
“Your mouth is meant for eating, not oral sex” – Ugandan president Yoweri Museveni
Cardi B cries out: "I miss Offset’s D**k"