A jail Saraki campaign has been ‘launched’ in London. The video has been going a bit viral, yet to be everywhere as it just dropped not too long ago.

But already, Saraki’s people have been accusing APC at both Kwara and National level of sponsoring it.

But then, another look at the video could show it’s fake and was just released to deceive Nigerians as if indeed, a campaign has started. 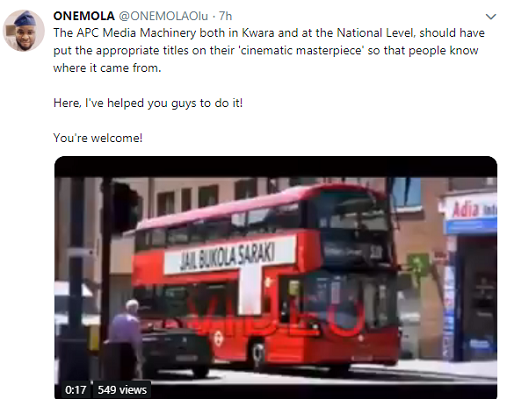