Scotty T instead of finding a bush to pee behind on a wild night out in Newcastle, chose to urinate over a cash machine.

The reality star was pictured holding his todger with one hand and weeing as he entered his pin with the other.

Not giving two hoots who saw the unhygienic display, he at least had the decency to aim away from the key pad whilst he checked his balance.

Then keen to crack on with his night, he stumbled down the road while trying to do his flies up with one hand.

In the other he clutched a trusty can of Jack Daniels while a cigarette dangled from his mouth.

His gruesome carry-on come just a month after he pulled out of an adult pantomime after abysmal ticket sales.

Scotty was due to play the lead role in Jack and His Giant Beanstalk, but only 22 tickets were sold in the 650-seat Blackpool venue.

The former Celebrity Big Brother winner walked out due to ‘illness’, reportedly leaving the cast and crew furious. 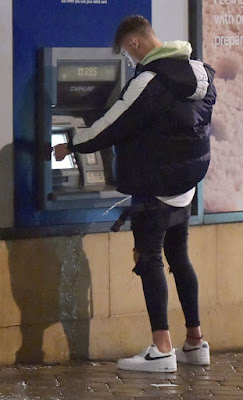 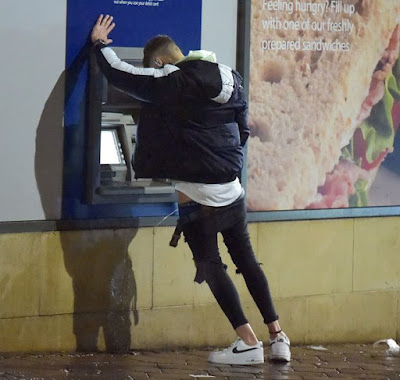 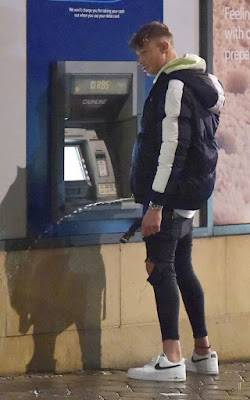 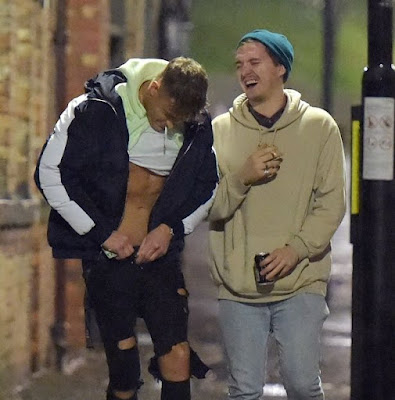 Kevin Spacey investigated after British actor claims he assaulted him while he slept
Categories: News

Man sliced to death by helicopter that came to rescue him
If You Cry A Lot, Then You Have This Unique Personality Trait (Psychologists Reveal)
UK indicts Nigeria over Radio Biafra
“I walked in here a freedom fighter, but i’m leaving Nigeria a hero”– Jacob Zuma