A python slithered into a 75-year-old grandma’s room then bit her foot and it was captured by CCTV.

The deadly snake came in through the toilet and made its way into Kaew Soodspha’s bedroom in the early hours of Wednesday morning.

In footage captured by CCTV installed by her son, the snake is seen crawling across the tiles. It is then seen preparing to strike before finally lashing out and sinking its fangs into the grandmother’s foot.

Immediately after she was stung, the grandmother recoiled with fright then grabbed a torch to reveal the serpent. 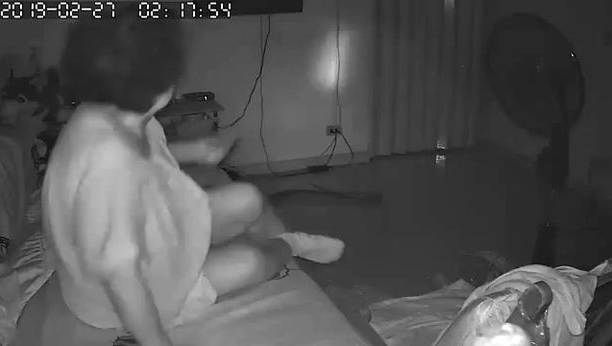 She then limped out of the room and woke her son, Nakorn, 44, who was sleeping next door at the home in Bangkok, Thailand. 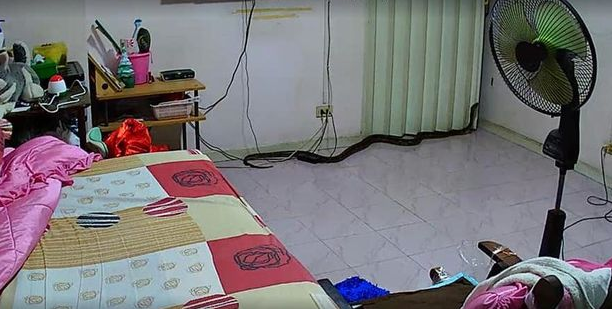 I thought I was having a nightmare. There was a sharp pain in my foot and I woke up. I turned on the torch and noticed something moving on the floor. That’s when I saw the snake.

I said ‘where did you come from?’ and walked out as quickly as I could.

I don’t know why the snake bit me, I was sleeping, not threatening it. Now I’m terrified to sleep in that room again.

Kaew’s son Nakorn, an engineer, rushed into the room and turned on the lights before chasing the snake away. 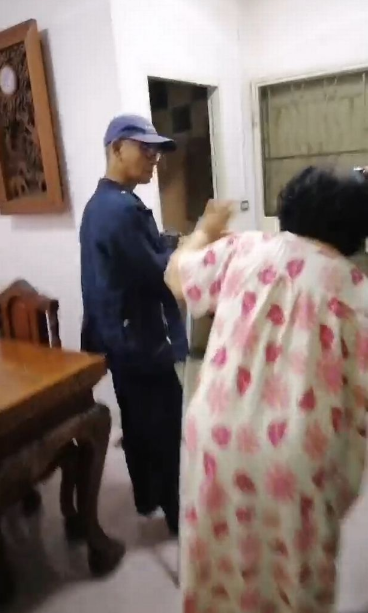 When rescue workers arrived, they found the snake curled up on the toilet seat in the bathroom. They then dragged it outside into the garden where it was bagged up and taken to a holding centre where captured snakes are logged before being returned into the wild.