An old man in the United Kingdom ate half a bucket of paint after mistaking it for yogurt.

The man, identified as Bobby, became a viral sensation after his granddaughter shared a photo to Twitter.

“Sooo my grandpa ate half a quart of paint today thinking it was yogurt,” Alex Stein wrote on Twitter. 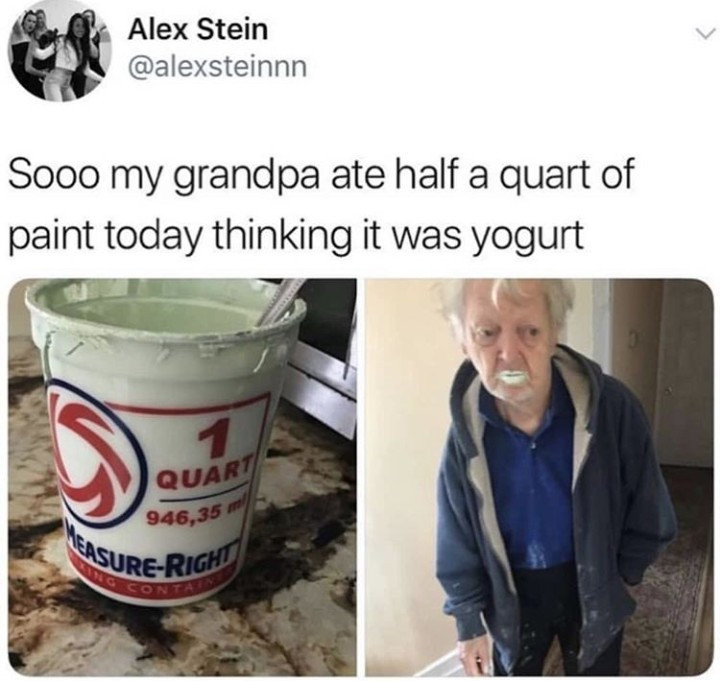 Luckily, ingesting the chemical didn’t have a life-threatening effect on him.

His granddaughter posted another picture of her FaceTiming Bobby with the caption: “Update: his stomach’s completely unfazed.”