A factory worker was found dead after being electrocuted while charging his phone and using the earphones at the same time.

Kritsada Supol, 24, had laid down on his mattress with his Samsung plugged into an extension power point with a ‘cheap’ charging cable.

He reportedly appeared to have been listening to music or talking to someone, with the mic section of the earphones resting over his lips.

The property owner visited the room the next morning on Sunday and found Kritsada’s lifeless body on the mattress with signs of burning around his ears.

Police from the Phan Thong Provincial Police Station in Chonburi, Thailand, arrived and carried the dead body from the property before sending it for a post-mortem examination.

Photos: Man kills elderly neighbour, cuts open the body so he could eat his liver

Police Captain Jaleuk Polthong said police believe that Kritsada was fatally electrocuted while using the earphones and charging his smartphone at the same time.

Police Captain Polthong added: ‘’Many people could be in danger if they use cheap charging adapters which are not manufactured from the authorised company.

“’It looks like the victim was electrocuted but the body will be sent for an autopsy to confirm the exact cause of death.’” 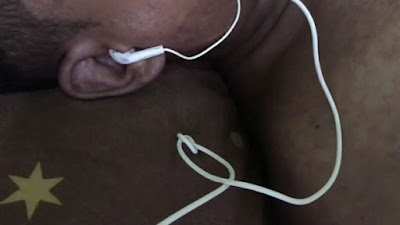 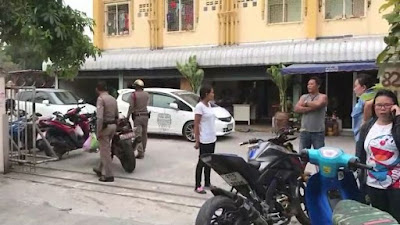 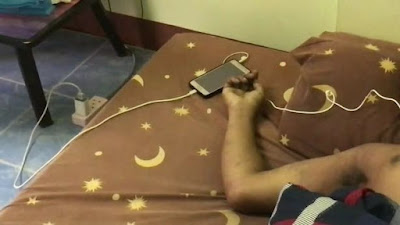 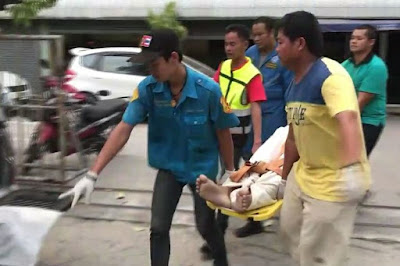 Thailand: Young woman found unconscious by roadside undergrowth with used condom by her side (photos)
Empire star Jussie Smollett ‘didn’t pay Nigerian brothers $3,500 for fake attack’ - Sources claim
#BBNaija: “I was raped by someone in the entertainment industry”-Ifu Ennada
Jussie Smollett's screen time in Empire is getting slashed following speculations he staged the attack on himself