Lee Daniels, who calls Jussie Smollett his son, became emotional while addressing the homophobic attack on the Empire actor.

Jussie was beaten, had a rope placed round his neck, and his attackers poured bleach on him as they yelled, “This is MAGA country.” The attack landed him in a hospital in Chicago.

American producer, Lee Daniels, took to social media to address the attack. He became tearful as he said his ‘son’ didn’t deserved the attack, neither did he deserve the hate letter he got, which reads, “You will die black fag.” 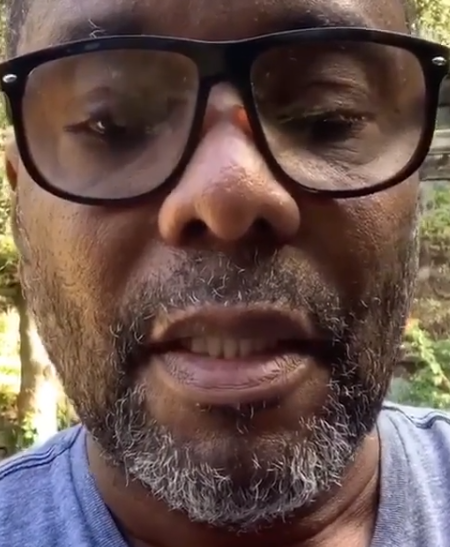 Beyonce’s mother, Tina Lawson has condemned Donald Trump and his supporters following the homophobic attack on Empire star, Jussie Smollett, which landed him in the hospital.

Ayo Fayose: ‘I may leave PDP if Sherrif wins at Supreme court’

Ms Tina Lawson said Trump’s administration has given rise to hate and emboldened homophobic people. She condemned the attack on Jussie and said it was time for people to speak up and begin to condemn MAGA hat wearers because it has ulterior motives that has nothing to do with making the country great again.

I am in shock and despair about this!!! If I hear one more person say that this administration is not Encouraging the boldness Of the racist, sexist, homophobic attitudes in this country I am going to scream! People walking around ignorantly wearing a MAGA hat . And saying that it has nothing to do with anything but making the country great again. This is the kind of crap that happens. Wake up people stop hiding behind this bullshit let’s be real and call it and tell it like it is!! Down with MAGA!! Code word for what???