When you hear of gender equality, you think of equal opportunities for both men and women. But this wasn’t the case at UAE’s Gender Equality Awards where the winners were only men.

On Sunday, the United Arab Emirates held their annual gender equality awards as a chance to celebrate the value both genders can bring in the workplace. But people coildn’t help noticing that there was no single woman among the winners.

Sheik Mohammed bin Rashid al-Maktoum, vice-president of the UAE and ruler of Dubai, handed out the Gender Balance Index awards on Sunday.

During his speech, he said:

The achievements of Emirati women today reaffirm the wise vision of the late Sheikh Zayed bin Sultan al-Nahyan, who believed in the importance of the role of women, and their right to work and become key partners in society.

But his words contradicted his actions as no woman was pictured picking up a prize on the event’s Twitter announcement.

Social media users noticed this and were quick to point it out.

One person said: ‘Wow really nailed the diversity there. One of those dudes was wearing grey.’ 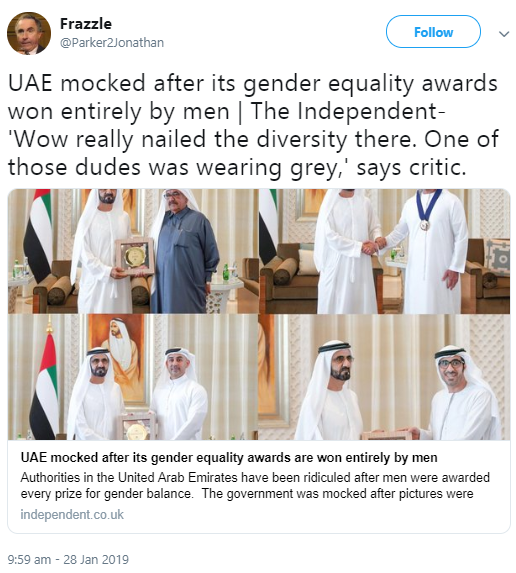 Mike Zhang, A Chinese trader has been installed as a chief in Kano State

Another said that Dubai had made themselves a ‘laughing stock in the eyes of the world.’

According a UN report, the UAE is the highest ranking Gulf country for gender equality, and since setting gender parity goals in 2015 there has been a significant improvement in bringing women into the workforce.

However, human rights campaigners have long argued that gender discrimination is still entrenched in the UAE, where men’s rights are almost always prioritised in legal matters such as divorce. UAE law also still permits domestic violence as long as it does not exceed limits set by Islamic law, according to Mirror. 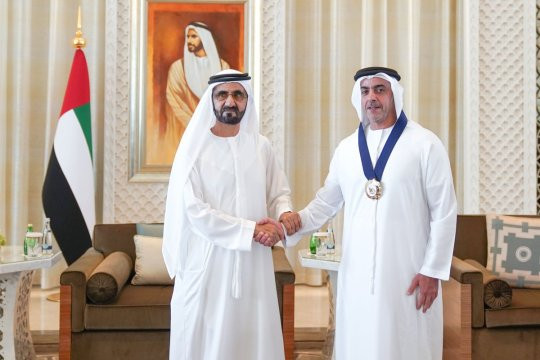 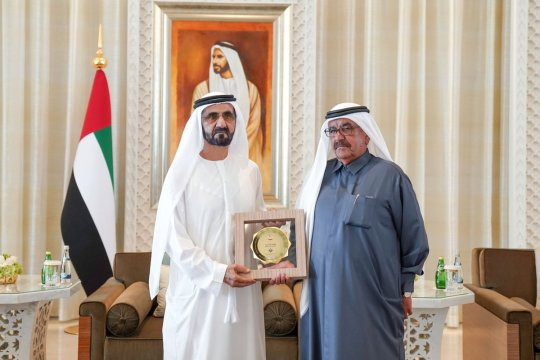 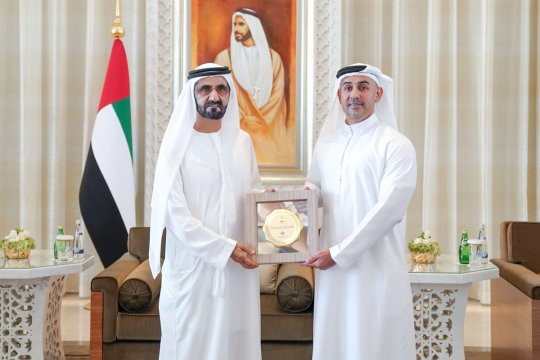 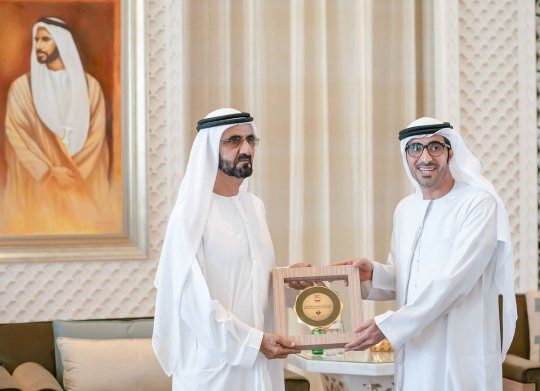