A bride forced into an arranged marriage has described how her disabled groom r-ped her – as his mum told him how to from the door.

Brave Sunny Angel says her new husband, who had learning difficulties, looked terrified as he forced himself on her on their wedding night.

With the “mental age of a child”, he was allegedly instructed by his mother, who stood by the door to make sure the marriage was ‘consummated’.

And afterwards, he asked her: “I’ve done it now, can I have the chocolate?”

She says the wedding night rape was the first of numerous attacks – with her mother-in-law standing outside “every time we had s-x” afterwards.

But remarkably, she told Mirror Online she doesn’t blame her “vulnerable” ex-husband, saying he was exploited “in the name of honour”.

“Many disabled people are vulnerable and forced to rape by parents just like my ex-husband was,” Sunny claimed.

“All in the name of honour. It’s disturbing. It’s very wrong.”

Now aged 40 and living in Surrey, she says her groom, referred to by the pseudonym Ajay, seemed to be “under orders” to attack her.

“I could see in his eyes he didn’t want to r-pe me or hit me,” she told The Sun of the first r-pe, which allegedly happened in the late 1990s.

Speaking of her groom’s mum, she added: “She’d say, ‘I want a grandson, you have to do this’, then stand outside the door every time we had s-x telling him what to do, it felt like he was under orders to do it.

“He didn’t even want me to see him n-ked. He seemed really scared.”

Sunny, who was raised as a Hindu, had been matched with Ajay by her parents, who had started planning for her wedding when she was 19.

Back then, forced marriage wasn’t illegal like it is today.

She says the then-25-year-old vowed to treat her “like a princess” and sent her love letters – which had actually been penned by his mother.

In reality, Ajay, who also lived in the UK, couldn’t read or write.

Describing her ordeal last year, Sunny said: “When he would call me on the phone, it was actually someone else pretending to be him.

“The cards he sent me were written by his mum.”

According to the Daily Mail, she added: “During the wedding was the first time we spoke face to face and he asked me if I was going to be his wife…

“All he said was that his mum told him he had to consummate the marriage.”

It was after the couple’s 1999 wedding at a Hindu temple – which felt more “like a funeral” – that Sunny learned about her groom’s disabilities.

Four months after the couple wed, their marriage ended after Sunny was hospitalised because her mum-in-law had ‘stopped her eating’.

She returned home and the pair finally divorced.

Sunny now campaigns to raise awareness of forced marriage and has even written a book about her previous ordeals, called Wings. 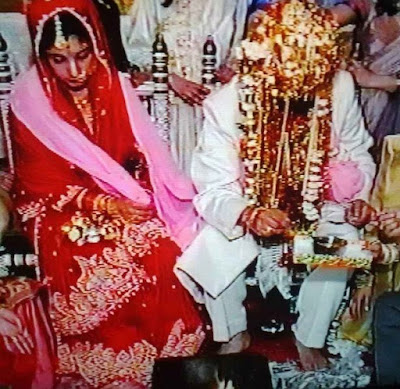 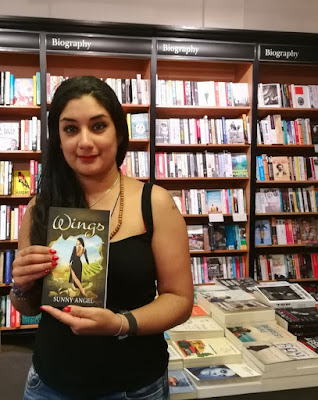 FIRS To Go After Billionaire Tax Defaulters’ Bank Accounts – Fowler
Snake charmer escapes death as python nearly strangles him
Here Is Why You Must Stay Away From Sex Dolls- Family Planning Consultant
Kaduna: 40 Shiite Members Arrested Over Killing Of Policeman