Five people, including a Canadian citizen, have appeared in a Kenyan court in connection with the horrific terror attack at a Nairobi hotel complex on Tuesday.

Four gunmen and a suicide bomber embarked on a 20-hour siege of the DusitD2 hotel and office complex, killing  21 people, including British charity executive Luke Potter and 41-year-old U.S. businessman Jason Spindler, and injuring 28 others.

The four men and one woman are among the 11 people accused of helping the terrorists, who all died during the siege, in the lead-up to the attack.

Canadian citizen Guleid Abdihakim is being probed over suspicious communication, while Gladys Kaari Justus is being investigated over the transfer of money.

Two taxi drivers are accused of ferrying the attackers around before the attack: Joel Ng’ang’a Wainaina and Oliver Kanyango Muthee. The other suspect, Osman Ibrahim, is alleged to have met with one of the attackers on January 8.

Graphic Photos: Girl Murders Ex-Boyfriend For Proposing To Her Friend

A magistrate granted a request from the prosecution to detain the four men and one woman for 30 days while investigations continue.

Two suspects yet to appear in court, Ali Salim Gichunge and Violet Kemunto Omwoyo possessed SIM cards that were in ‘constant communication’ with numbers in Somalia, court documents revealed.

Kenyan investigators said today that one of the terrorists who attacked the hotel was a son of a Kenyan military officer.

The Daily Nation, a Kenyan newspaper, on Friday identified the attacker as Ali Salim Gichunge and said his father is a sergeant with the Kenya Defence Forces. The newspaper says Gichunge’s mother was arrested and taken to Nairobi for questioning. 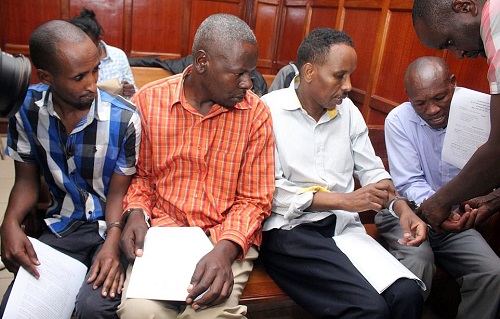 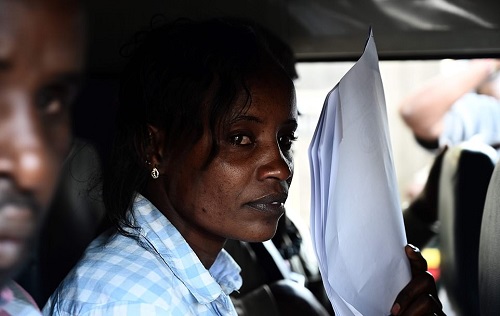