Amid US President, Donald Trump’s infamous decision to withdraw the US military from Syria, Trump has threatened to deal with Turkey if the Middle East country attacks Kurdish fighters.

Turkey views the US backed Kurdish People’s Protection Units (YPG) (also known as Kurds)  a terrorist group and an enemy of the state, and vowed to attack and destroy the group amid Donald Trump’s decision in December to immediately bring back home US troops.

The US has been supporting the Kurds in it’s fight against ISIS in Syria but the Kurds, who felt sidelined by Trump’s shocking withdrawal decision, recently asked the Syrian government to protect them from Turkey.

Trump believes American soldiers or the American economy benefits very little from fighting in Syria, as the country doesn’t appreciate American efforts at the expense of American lives and heavy military funding.

Tweeting today, Trump warned Turkey not to attack the Kurds when he pulls out of Syria, while also warning the Kurds not to provoke Ankara, saying a 20 mile ‘safe zone’ will be created while admitting Russia, Iran and Syria are the long term beneficiaries of the war against ISIS. 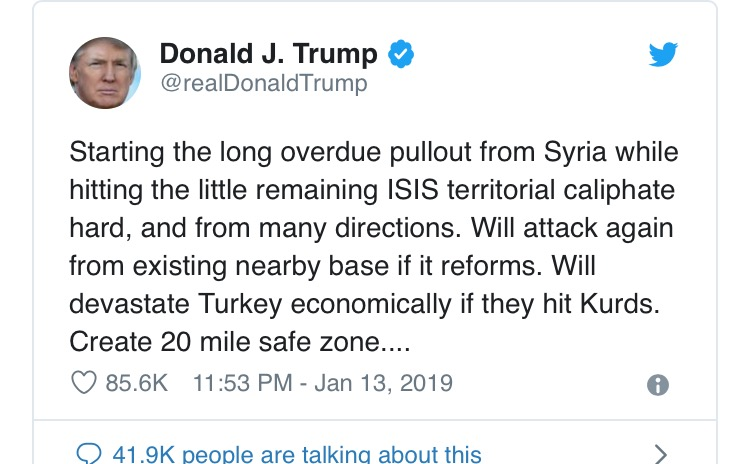 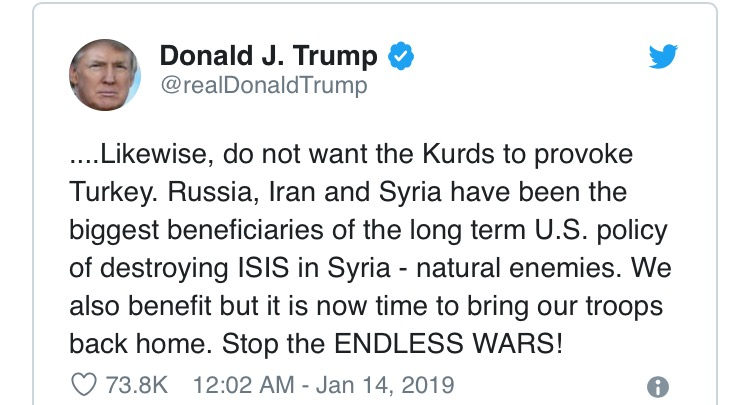 “Starting the long overdue pullout from Syria while hitting the little remaining ISIS territorial caliphate hard, and from many directions. Will attack again from existing nearby base if it reforms,” Mr Trump tweeted Monday.

“Will devastate Turkey economically if they hit Kurds,”

“Russia, Iran and Syria have been the biggest beneficiaries of the long term US policy of destroying ISIS in Syria – natural enemies. We also benefit but it is now time to bring our troops back home. Stop the ENDLESS WARS!” 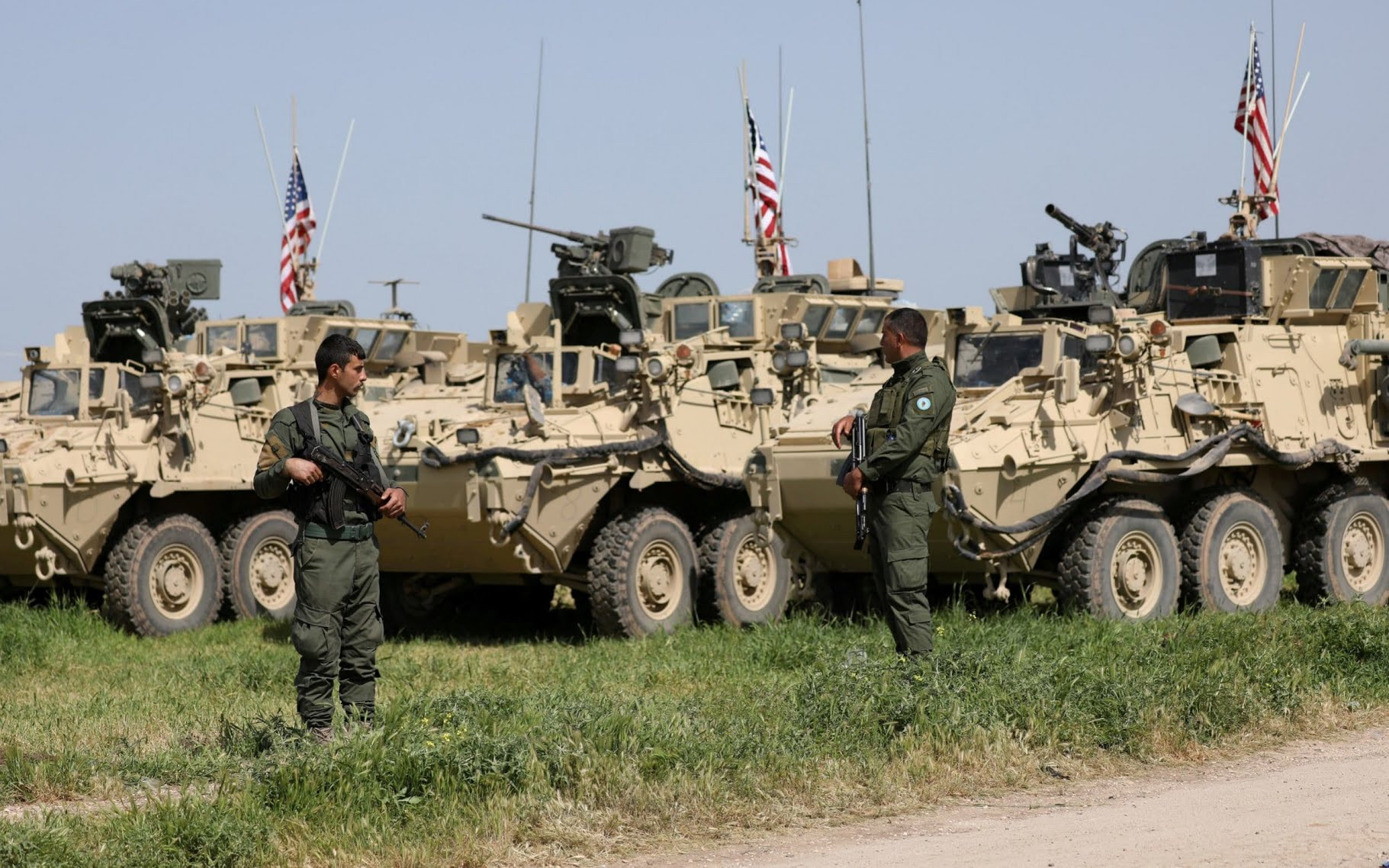 “We will continue to fight against them all.”Ibrahim said …