A n-ked couple were caught having s-x on a rooftop – before the brazen man took a bow for the camera.

The amorous pair were filmed getting intimate in broad daylight on a city centre roof in the Argentinian capital city of Buenos Aires.

Shocked eyewitnesses captured the moment on film as they looked on from neighbouring buildings.

The carefree couple were seen having s-x in a number of different positions, despite other people walking nearby.

They are later seen lying n-ked in each others arms, as two other people wander along a lower level of the building, completely unaware of the saucy scene above.

The couple appear to realise they are being watched as the man waves towards the camera before they leave the rooftop after getting dressed.

He then goes on to give a cheeky bow to his audience.

The incident was filmed in the Monserrat area which includes Buenos Aires’ oldest neighbourhood and some of the city’s most important public buildings.

It was recorded by a number of office workers who later shared the footage on Twitter . 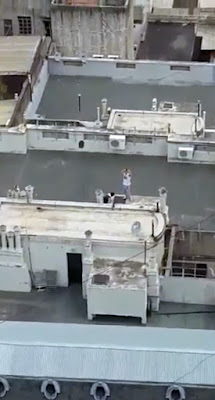 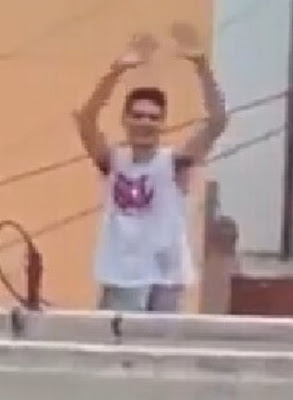 Man sliced to death by helicopter that came to rescue him
Categories: News