R Kelly DID know his protegee Aaliyah was underage months before he married her illegally, newly discovered footage appears to prove.

A lawyer for the disgraced singer, who is the subject of new documentary series Surviving R Kelly, has continuously denied that his client knew the late Aaliyah was just 14 when they married in 1994.

But a documentary filmed earlier that same year shows R Kelly – real name Robert Kelly – discussing Aaliyah’s age as he worked on her debut album, the controversially titled Age Ain’t Nothing But A Number.

Acting as her producer, Kelly could be seen in the footage watching Aaliyah as she crooned into the microphone.

Kelly refers to the underage teen as “baby” in the clip and instructs her on sounding “more street” as he brushes up close against her in the small recording booth.

Later in the documentary Kelly takes the 14-year-old singer on a lunch date, chaperoned by a member of his crew.

The pair first met in 1992, when Aaliyah was just 12. Her uncle Barry Hankerson, who was Kelly’s manager at the time, introduced them, and Kelly even namechecked the girl in his single She’s Got That Vibe – his lyric “little cute Aaliyah’s got it (that vibe)” clearly referring to the pre-teen.

They appeared on a joint Video Soul interview later in 1994 where they were asked about the nature of their relationship, but Aaliyah refused to tell host Leslie Segar her real age, insisting it was “a secret”.

A short time after the Video Soul interview, Kelly and Aaliyah reportedly married in an Illinois hotel room on August 31 1994.

A Cook County marriage certificate – published by Vibe magazine – listed Aaliyah’s age as 18 – she was actually 15 at the time.

Kelly’s new attorney Steven Greenberg last week denied that his client knew of Aaliyah’s real age at the time of their illegal wedding, which was annulled a short time after. 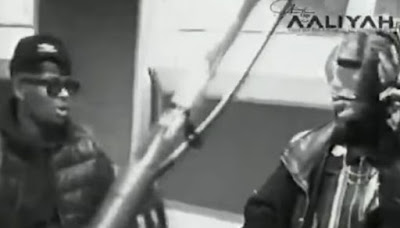 Wife beheads husband, buries him inside their bedroom
Categories: News