FIFA 19 Team of the Year has been unveiled with arch football rivals Cristiano Ronaldo and Lionel Messi named.

The back four were made up of Rafael Varane, Virgil van Dijk, Sergio Ramos and Marcelo. While Manchester United and Spain star David de Gea was named in goal. 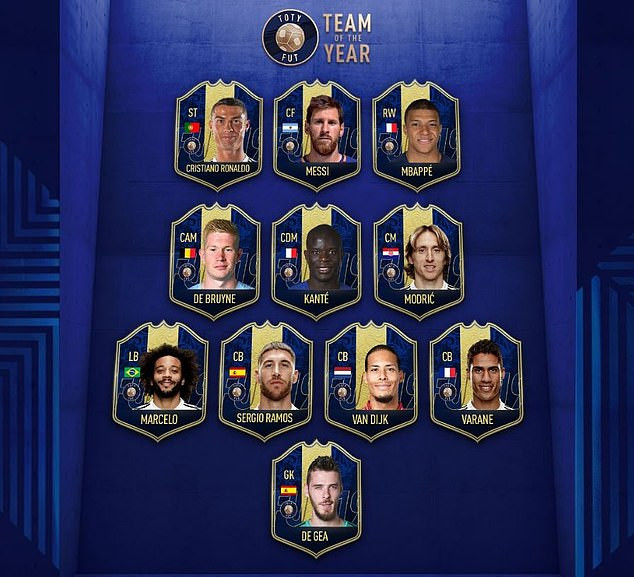