R. Kelly is reportedly set to tell his side of the story after Lifetime’s docuseries ‘Surviving R. Kelly’ aired.

The R & B legend was accused of horrific abuse by multiple women in the docuseries. But he maintains his innocence and intends to “expose” his accusers via a new website called survivinglies.com.

Sources close to R. Kelly reportedly revealed that he and his team are in the middle of launching the site. The website will reportedly attempt to expose his accusers as liars and expose the motivation behind their allegations.

At the moment, the website is not live, but there is a Facebook account with the same name. It appears that Asante McGee, who was featured in the docuseries, is the first target to be exposed by R. Kelly.

All Stars At the American Music Awards red carpet [photos] 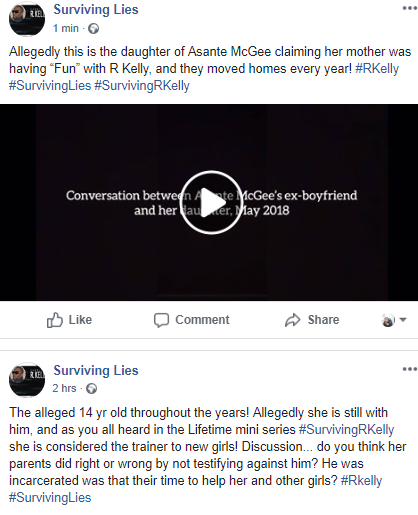 Met Gala 2019: All the best dressed looks
Multiple Bombings Rock University Of Maiduguri
Moment Oshiomhole Is Booed and Stoned During Buhari’s Rally In Ogun [Video]
Watch Woman pull up on a church elder she says molested her