Aaliyah’s mother has slammed claims made by a back-up singer who alleged she witnessed the then-15-year-old singer having s-x with R Kelly.

In the documentary, Jovante Cunningham one of dozens of women interviewed for the six-part series claims she saw the then-27-year-old Kelly commit statutory r-pe on a teenage Aaliyah aboard a tour bus.

However in her statement, Haughton claims to have never seen Cunningham in her life, despite never leaving her daughter’s side while on tour.

‘The woman and so-called back-up singer in the forthcoming “Surviving…” documentary that describes seeing, meeting or ever breathing the same air as my daughter, Aaliyah, is lying and is a liar,’ she said.

‘My husband and I were always on tour with her and at interviews and every place she went throughout her entire career. Whoever this woman is, I have never seen her before anywhere on planet Earth, until now.

‘These lies and fabrications cannot be tolerated and allowed to be spewed from the forked tongues of saboteurs of Aaliyah’s legacy,’ she continued.

‘Shame on all those involved in this project who thought it kosher to drag Aaliyah’s name into a situation that has nothing to do with her today. Once again, this will not be tolerated.’

That same year the alleged incident occurred, 1994, it was widely reported Kelly and Aaliyah had secretly married, though they both denied it.

A subsequently-unearthed marriage certificate listed his 15-year-old protegee’s age as 18; her parents had it annulled the following year.

Kelly’s lawyers have sent cease and desist letters to Lifetime, threatening to sue if the documentary airs on Thursday night as planned. 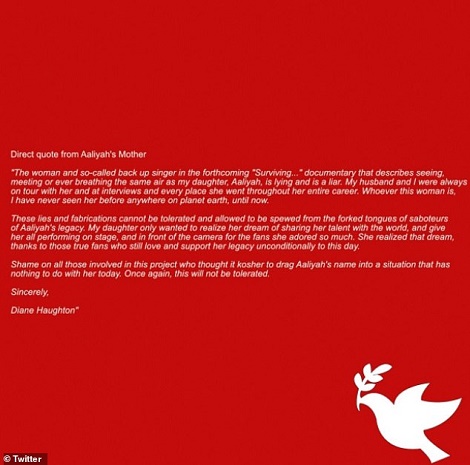 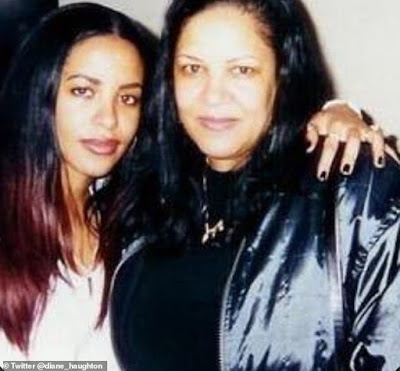 Leaked Audio: Phone conversation between a female student of OAU and her professor who wants to have sex with her 5 times before she can pass his course
President Trump says John Kelly will leave his post by the end of the year
Yvonne Nelson and her baby daddy loved up in new photo
Factory Worker Overpowers 10ft Python By Biting Its Tail