Congolese representative, Dorcas Kasinde, has won the 2018 edition of Miss Africa beauty pageant hosted by the Cross River government, but moment after winning, something shocking happened.

Shortly after she was announced the winner, the stage fireworks were let loose as the crowd cheered her on, but all of a sudden, the afro wig donned by the new Miss Africa caught fire! 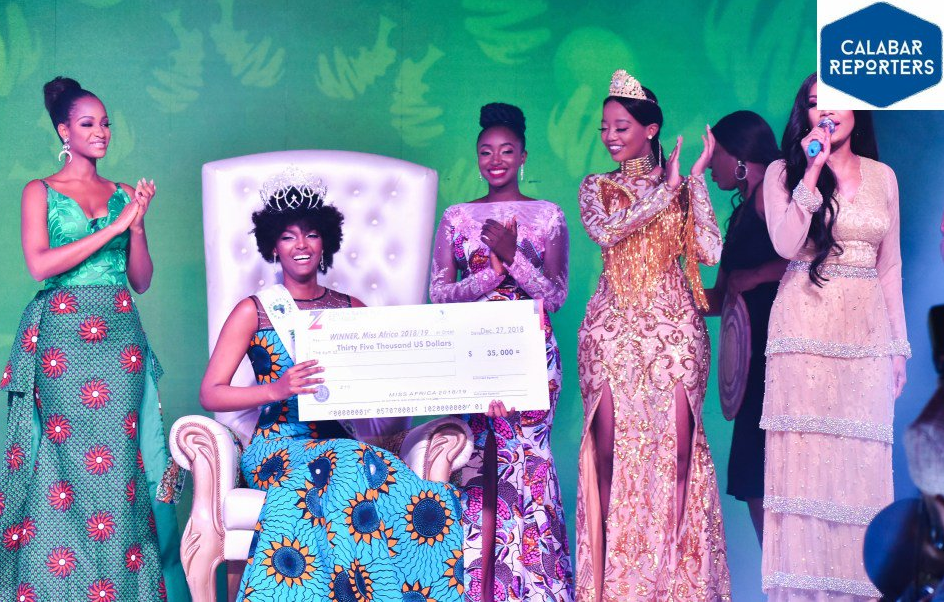 The incident caused a brief panic as Ebuka Obi-Uchendu, host of the show, and Balopi, ex-Miss Africa, frantically tried to put out the fire. 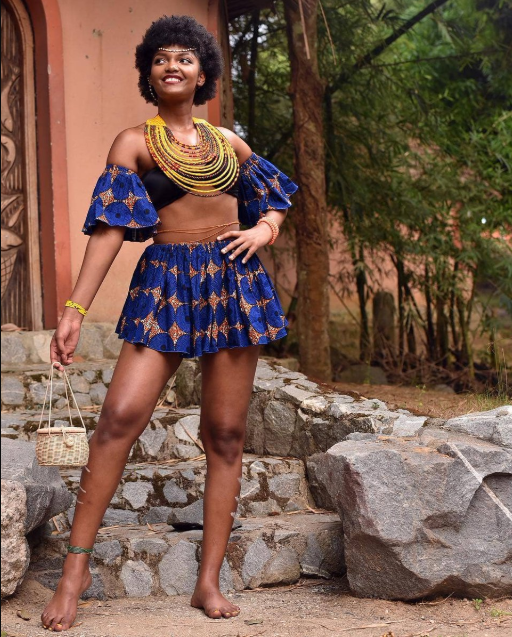 Kasinde was named winner ahead of the first runner-up, Nigeria’s Chimamaka Goodness Nnaemeka, and Zambia’s Gladys Kayumba, who emerged as the second runner-up.

The Congolese beauty queen will take home $35,000 and a sports utility vehicle as her winning prize. The Nigerian representative earned $10,000 while Zambia’s Kayumba will be given $5,000 for her effort.