American actor, Terrence Howard has gotten engaged to his ex-wife Mira Pak for the second time.

The “Empire” star, 49, announced the good news on Instagram on Tuesday that he proposed to  Pak, three years after they secretly divorced in July 2015.

He shared a photo of her stunning engagement ring and a video of  his touching speech about finding true love again.

“We have an idea of how long we think life is, but we do know how short it can be,” he said in a video. “It took me 45 years to find you,” he said of Pak, whom he married in 2013. (She filed for divorce two years later; they quickly reconciled). “But now that I have you in my 50th year, I will spend the rest of eternity at your side,” he wrote. “And I pray that everybody finds that one that will complete them for all eternity because it means everything. I love you.” He continued .

In another photo, Howard slides a sparkler onto Pak’s finger as she wiped tears from her eyes. He wrote: “Blood is thicker than water but love is the glue that binds us.”

Terrence proposed with a 7-carat rose-gold engagement ring, complete with a diamond-clad setting which was designed by celebrity jeweler Ben Baller. 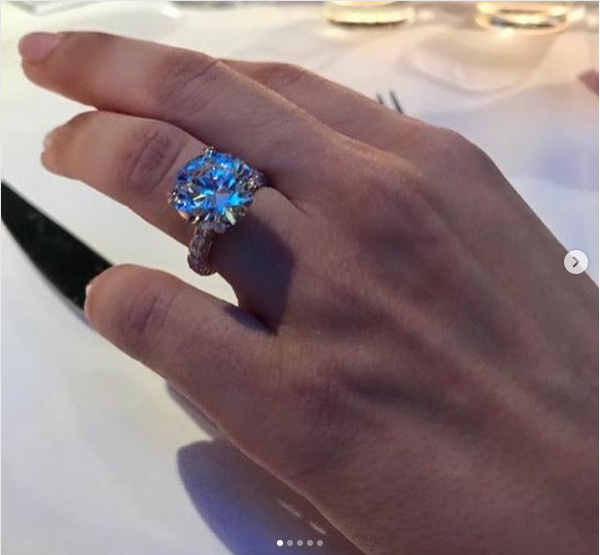 Man hypnotises childless women, takes their money, sleeps with them
Photos of Animal rights activists who go naked and smear fake blood on themselves to protest animal cruelty
Here Are Some Gifts You Shouldn’t Repeat This Valentine
Being gay is "God's greatest gift to me - Apple CEO, Tim Cook