Seven people in the Chicago area were arrested Tuesday for allegedly bilking Internet users of at least $2 million in online scams over the past two years.

Their arrests took place two weeks after each was charged with conspiracy to commit a wire fraud scheme, according to a statement from the U.S. Attorney for the Northern District of Illinois. If convicted, the defendants face a maximum 20 years in prison.

For two years, their victims became an “unwitting money mule” for the defendants, according to an FBI affidavit. The defendants slowly built a connection with the victims, posing as their romantic partner or boss before requesting deposits into bank accounts they opened under fake passports. Some platforms used to seek out these victims include Facebook, Instagram, LinkedIn and Match.com.

The defendants often tried to emotionally manipulate their victims, including by targeting a woman who admitted she was recently widowed and felt lonely, according to the affidavit. One victim believed he or she was dating a woman with cancer named “Claire Anderson” and sent her funds to “travel to Nigeria for family reasons.”

In a yet another romance scam, a fake Instagram account under the alias “Sarah Allison” told a victim she needed “financial help” to acquire a $2.5 million inheritance. From November 2017 to this October, the victim sent a total $38,100 to accounts under the names “Chattman Ronald Stewart” and “Beckham Dave Smith.”

There was also an alleged “mystery shopper” scam that entailed hiring victims to cash in United States Postal Service money orders or United States Mail checks and then send the funds to a third party using their personal bank account, the affidavit said. Victims were told they would receive commissions for doing so — but the money orders and checks were fake, resulting in the victim or the victim’s bank absorbing the loss. 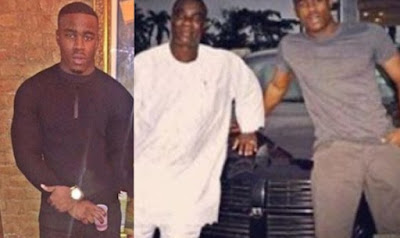