This is just heartbreaking! One hundred and thirty-nine women were killed by men in 2017, with two in five of the cases involving excessive violence, a report has revealed.

The latest Femicide Census, drawn up by charity Women’s Aid and campaigner Karen Ingala Smith, suggested 58 of the deaths featured ‘overkilling’ – where more violence is used than is necessary to kill the victim.

The report’s authors looked at 139 deaths of women and girls aged 14 and over at the hands of men in 2017, including 21 victims of the terrorist attacks in Manchester and London.

They claim that ‘in our society, men’s violence against women and girls is not only routine, but tolerated and normalised’.

And they are calling for funding promises from the Government to stop specialist support services closing down.

Of the victims last year, 64 women (46 per cent) were killed by their current or former partner – when the terrorist attacks were excluded, the proportion rose to 54.2 per cent.

Most victims were aged between 26 and 55 – 82 women, 59 per cent of the total – and the majority were killed either at their home or the perpetrator’s.

The Femicide Census collected data on ‘overkilling’ for the first time and found it was evident in 42 per cent of the cases in 2017.

A victim was stabbed 175 times in one case, according to the Guardian.

In others, women were ‘hit 40 times with an axe’, ‘bludgeoned repeatedly’ and ‘battered virtually beyond all recognition’. 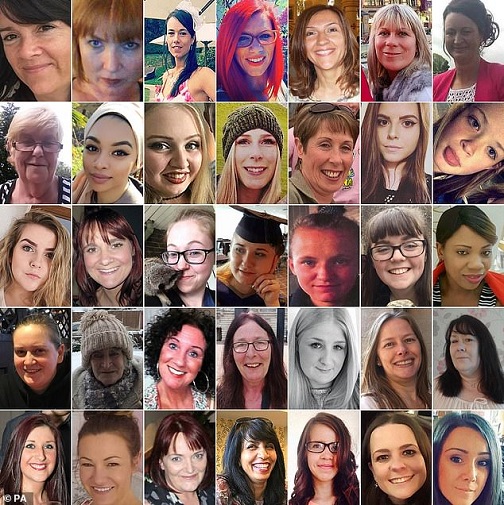 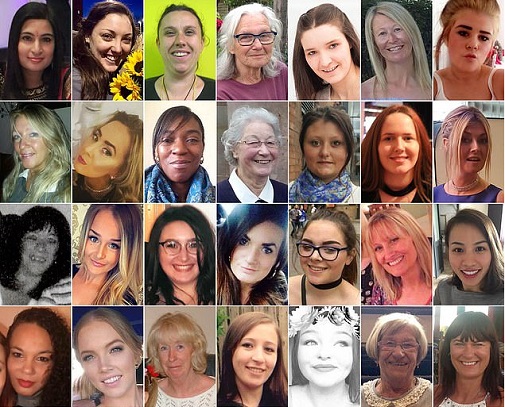 Tyga Claims Kylie’s Baby Is His
Pastor forces abortion on member, after impregnating her
FIFA: Guatemala’s Hector Trujillo Sentenced To Eight Months In Prison
Migrants from Nigeria and Senegal arrested for gang raping a 16-yr-old girl to death in Italy