Animal rights activists stripped naked and covered themselves in fake blood in a busy square in Barcelona to protest animal cruelty.

The latest demonstration was part of a campaign to protest the use of fur and leather in consumer goods.

On December 16, the activists lay down in Plaça de Catalunya, with one holding a sign reading “How many lives just for one coat?” in Spanish. 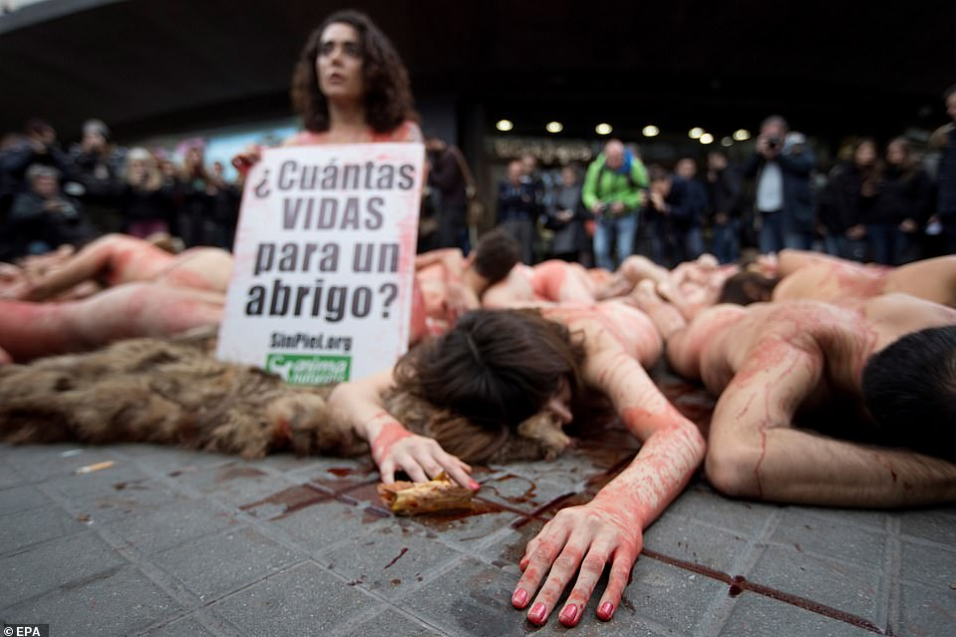 Photographs from the demonstration show the protesters lying motionless on top of one another to resemble dead or dying animals.

The demonstration was organised by Anima Naturalis, the international non-profit which campaigns for animal rights in Spain and Latin America.

According to animal rights organisation PETA, more than 85% fur sold around the world comes from farm facilities where, minks, foxes and other animals are locked in cages for their entire lives before being killed and skinned.

The UK has made fur farming illegal, however, the practice still continues across Europe and the rest of the world. 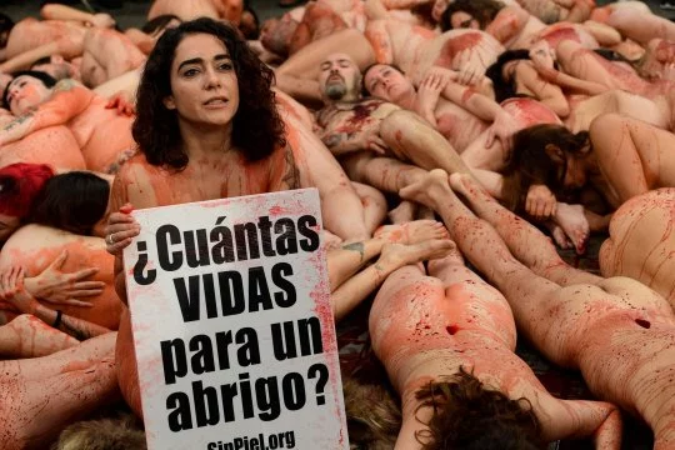 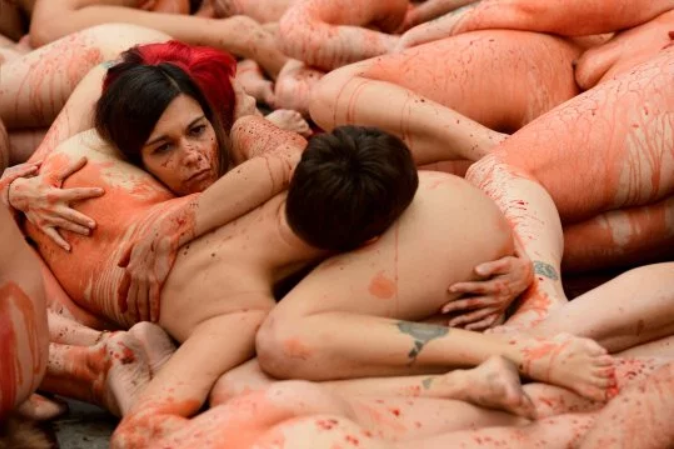 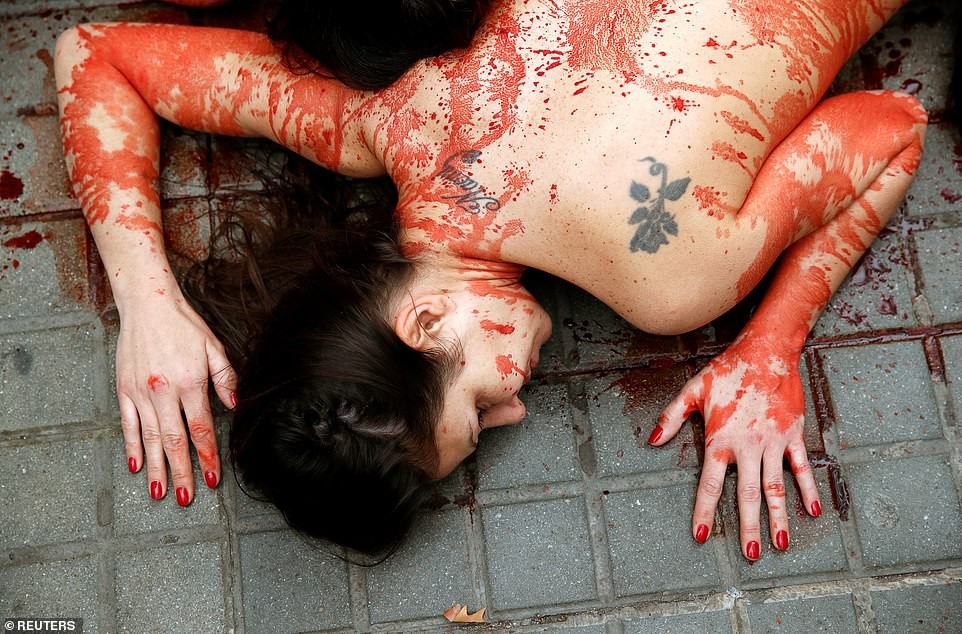 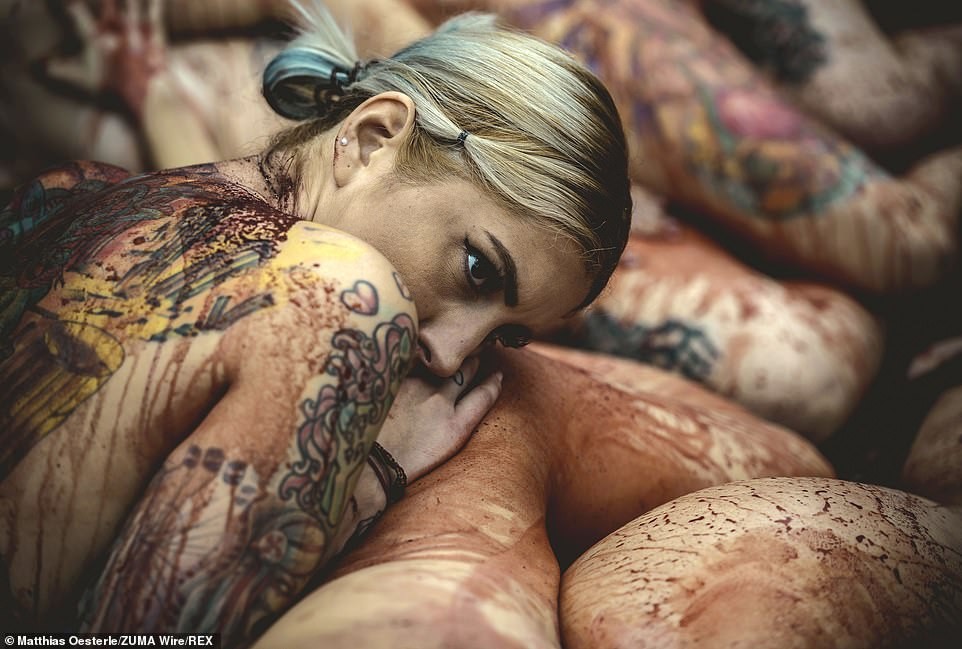 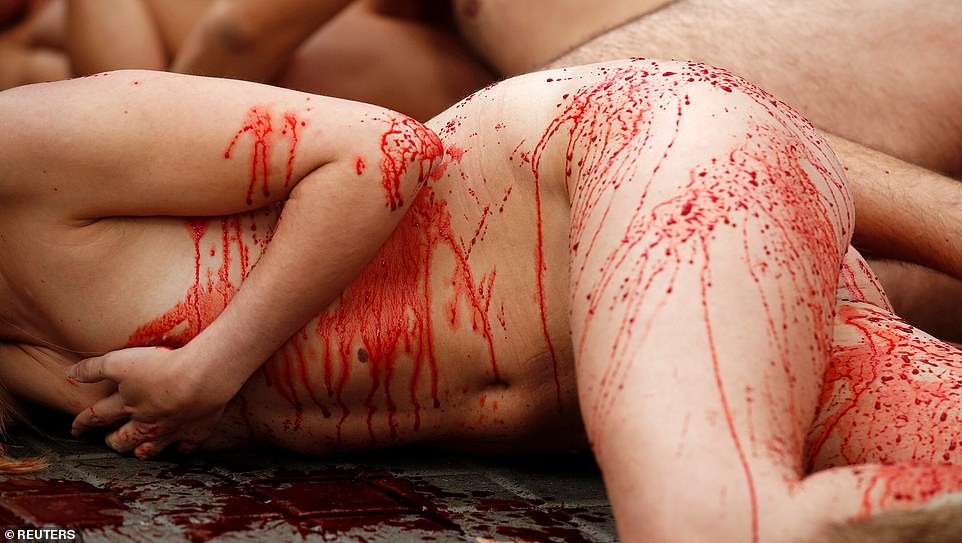 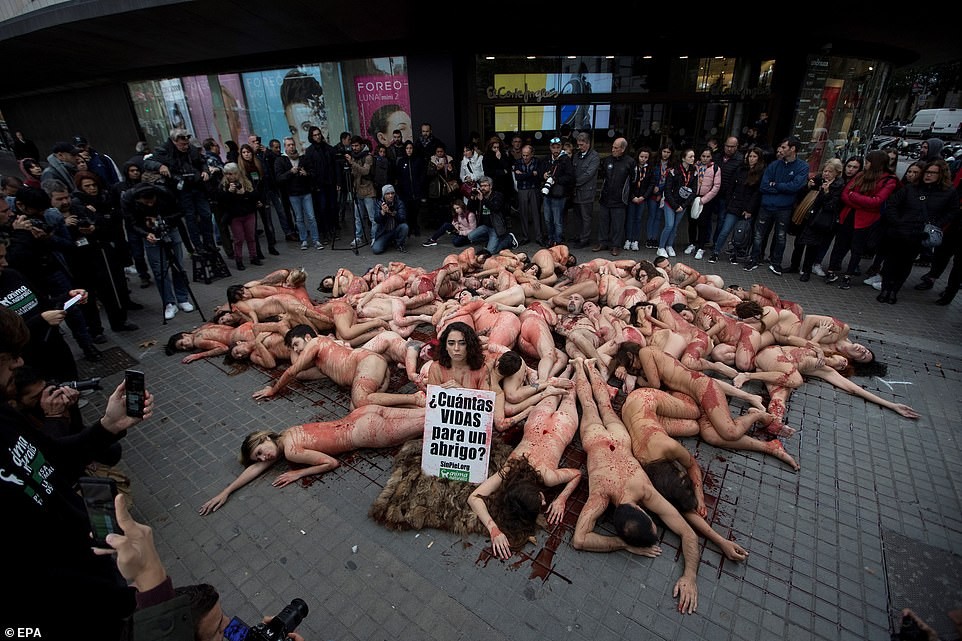 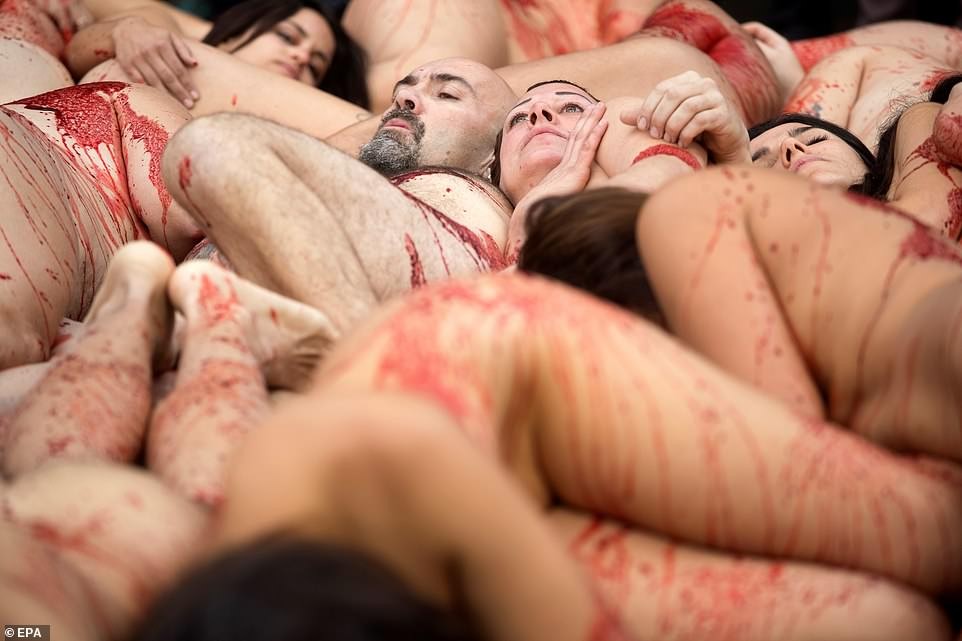 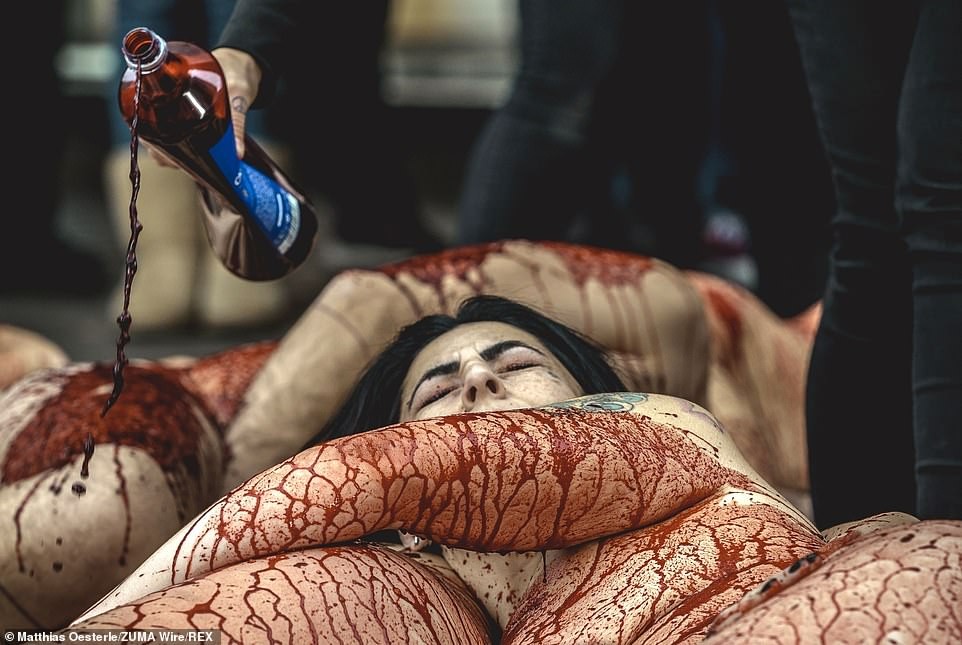 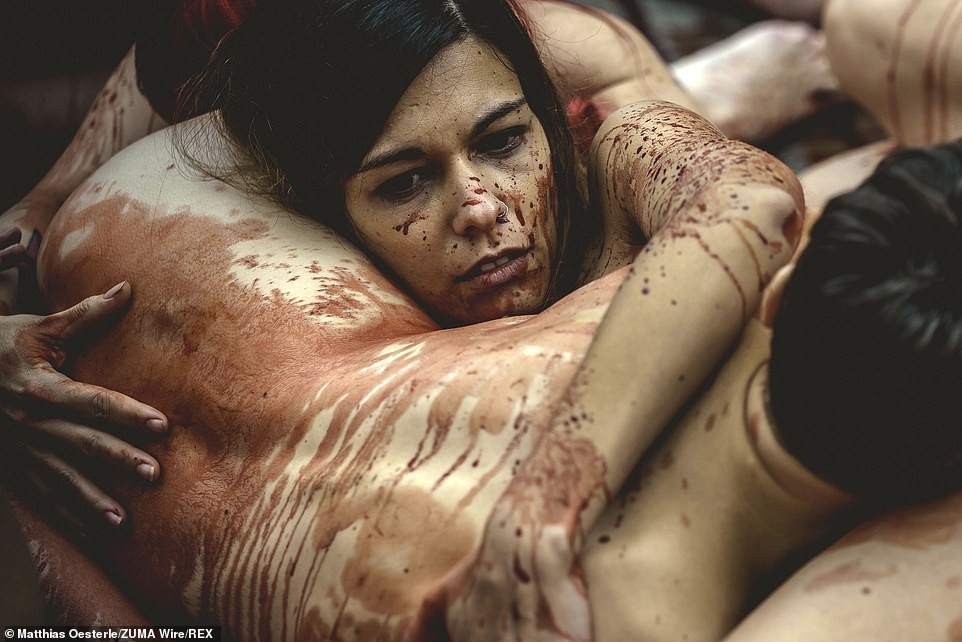