A young lady has killed the child of her co-tenant that she has been secretly having an affair with. She killed the boy aged 3 and dumped his corpse in the toilet. When questioned by police, she said she has had several abortion for his dad and she now realizes he is not ready to wife her. Facebook user, Awa Uche shared the story saying;

”Behold the face of the chinoye who murdered a 3 year old wisdom (ozil) and dumped him in toilet at Number 70, Lawani street, Olodi Apapa, Lagos on 12TH DECEMBER 2018, at about 10:30 am
She said, she killed the little boy just to get back at the father of the boy! She narrated that the deceased father has been dating her for years and that she has aborted some pregnancy for him. And when she felt the guy has no interest in marrying her, she decided to put tears on the face of the boy’s mother! A little niece of hers led to the Information that linked chinoye to the interrogation by the police which she confessed to her crime!” 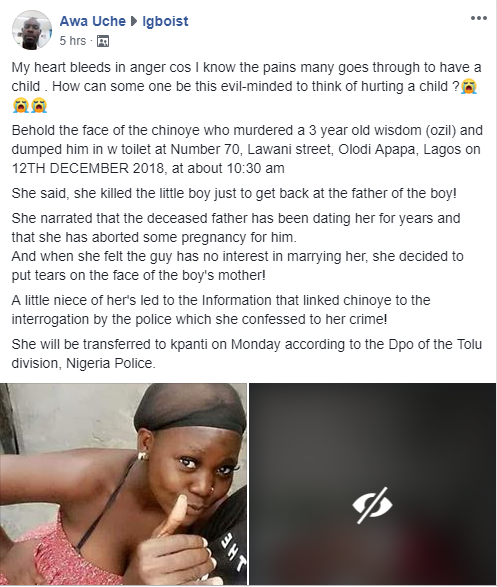 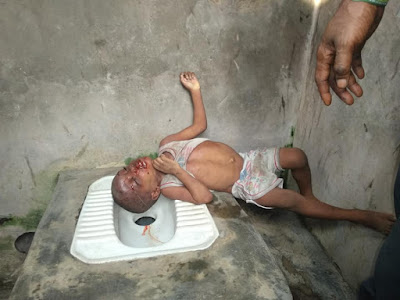