Chelsea and the Metropolitan Police have launched an investigation into claims Raheem Sterling was the target of vile racial abuse at Stamford Bridge.

TV footage clearly showed Chelsea fans screaming abuse at Manchester City and England star Sterling as he went to retrieve a ball off the pitch 37 minutes into the game.

One of the fans, face contorted in hate, appeared to call Sterling a “black c***” and it is thought he was spoken to by stewards but not removed from the stadium.

The incident enraged former Arsenal star and TV pundit Ian Wright, who Tweeted: “The bad old days are back! Chelsea you have been shamed by this disgusting racist fan! absolutely no doubt about what he says.”

A Chelsea spokesman said: “We are aware of video footage and reports.

“We will investigate the matter and take the strongest possible action where necessary. We have a zero tolerance on any racial abuse in the stadium.”

Chelsea are unwilling to condemn the fan until it has been determined he racially abused Sterling.

But if it is found the fan – easily identifiable – used racial slurs against the City star he will be banned for life by the club.

Police , who made no arrests after the incident, also insisted they would be launching their own probe.

A spokesman said: “We are aware of a video circulating online in which it is claimed racial abuse was allegedly directed at a player at a Chelsea v Manchester City game at Stamford Bridge on Saturday 8 December.

“We will review the footage to determine whether any offences have been committed.” 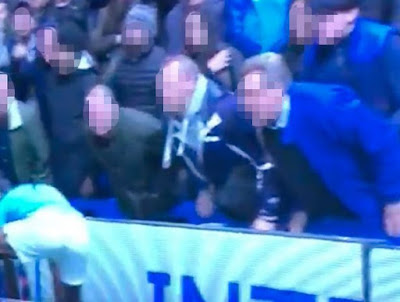 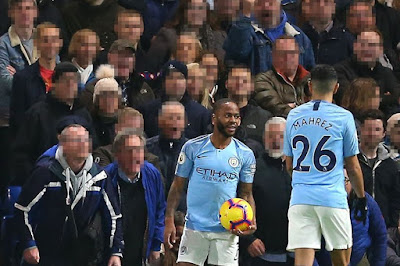 One In 5 Child Deaths In East London Are Because The Baby’s Parents Are Related
Categories: News