Staff members of the National Assembly are currently protesting what they said is unpaid wages and lack of due promotion.

Some of the workers claim they are being owed wages from as far back as 2010. They also alleged that funds meant for training had been diverted.

Carrying banners and placards, some of the workers were heard chanting “no pay, no sitting”.

The workers, who are protesting inside the National Assembly also blocked the entrance into the legislative chambers. More photos…. 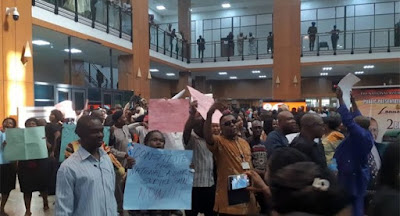 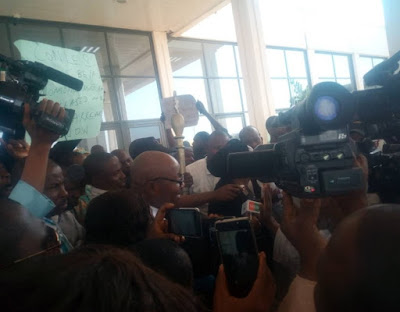 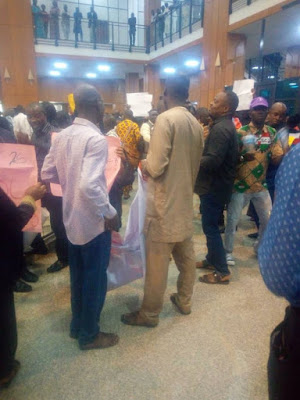 ISIS leader supposedly killed in a targeted airstrike as they held their meeting in Raqqa
Categories: News