Police in Mubende District, Uganda, have recovered two bodies of children allegedly drowned by their father in a water dam before he took his own life.

Authorities identified the girls as Shifa Byamukama, 4, and Zabaayo Jackline, 2, both residents of Kyakadali village, Bageza Sub-county in Mubende District. 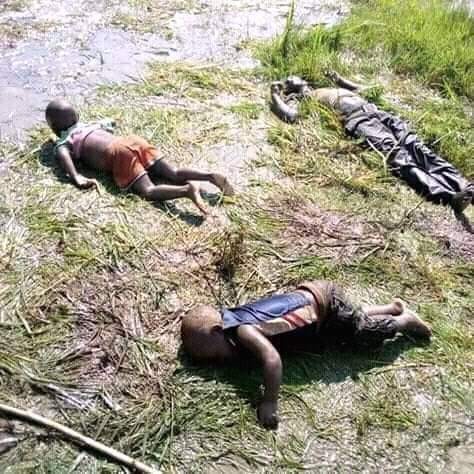 Police also found the body of the victims’ father identified as John Zabayo, 30, lying a few meters from the dam where their bodies were recovered.

"You can’t go up except by tithing."-Bishop David Oyedepo

Mubende District Police Commander, Mr Martin Okoyo said they have launched investigations into their death as they wait for postmortem reports from Mubende Regional Referral Hospital where the bodies were taken on Tuesday.

Mr John Mary Viviane, the LC1 Chairperson of the village told a reporter that Zabayo had been miserable ever since his wife separated with him and abandoned the children.

“We believe that Zabayo decided to drown the two children before taking his own life given what he’s been through. He has had a troubled experience. It is unfortunate that he did not come to us for advice,” he said.

Democracy is no ticket for rascality – El-Rufai
Categories: News