Videos showing a Taiwanese Buddhist master and other monks having drug-fueled gay sex parties inside a temple have leaked.

Buddhist master Kai Hung, 29, who was once an aspiring figure in Taiwan’s religious world, was seen in one of the videos making very sexual statements like “do you want more”, “I love my husband” and “my husband is super amazing”.

Other videos show the monk taking drugs and having sex with different men.

According to Mirror Media, it was discovered that Kai Hung had the long-term habit of using drugs and often organised sex parties with monks and other men at the temple. The sex tape was leaked by another monk as an act of revenge.

The monk who leaked the sex tape, called Shan Zhi, was said to be Kai Hung’s jilted ex-lover who had become a monk in order to be with Kai Hung. 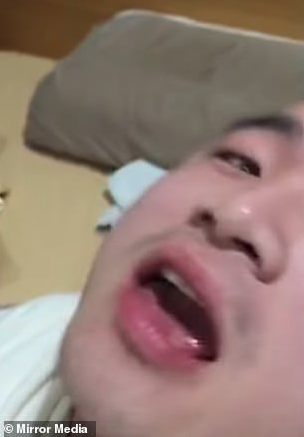 24 Under Surveillance After Lassa Fever Kills 3 In Delta

Officers reportedly found 19 grams of amphetamine tablets in Kai Hung’s chamber as well as Viagra and condoms. They also discovered that Kai Hung had replaced the holy water in his room with lubricants.

See The Stars Who Made TIME 2018 “25 Most Influential People On The Internet”
Categories: News