A mummy of a woman found almost perfectly preserved inside a coffin in Egypt dating back more than 3,000 years was unveiled today.

The ancient coffin, called a sarcophagus, was one of two discovered in El-Asasef, Luxor, on the bank of the River Nile.

And today authorities had for the first time opened a previously unopened sarcophagus before international media.

“The two tombs were present with their mummies inside,” Egypt’s Minister of Antiquities Khaled Al Anani said.

The Eighteenth Dynasty dates back to the 13th century BC, a period noted for some of the most well known Pharaohs, including Tutankhamen. More photos below… 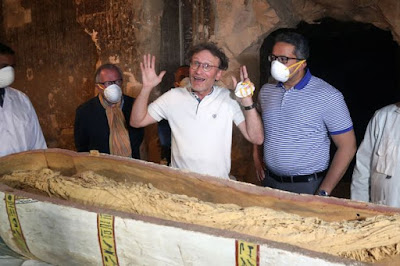 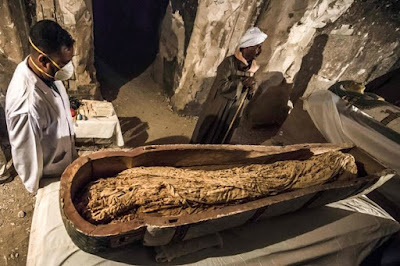 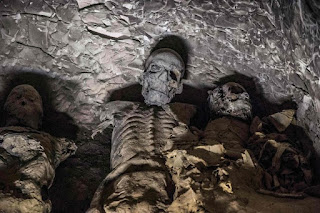