A teacher experienced his worst nightmare on Monday when he accidentally played his own sex tape in class while trying to do a slide presentation for his students.

According to online reports, the teacher from Japan inserted a USB drive into his computer and was attempting to show his students some math models that he developed. But he inserted the wrong USB and when he loaded up a file using a remote control it played a sex video that the teacher and his girlfriend recorded together. 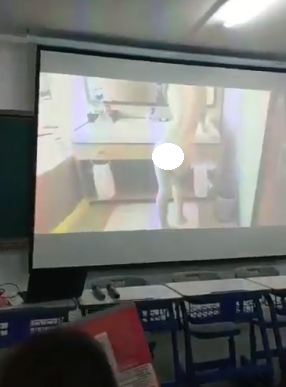 As the video played on the giant screen, students can be heard screaming. The teacher tried to stop it from playing using a remote control but it didn’t work. He had to rush back to the front of the class and tried to shut it down manually but it took him a while. By the time he finally succeeded, the high school students had already seen way too much. 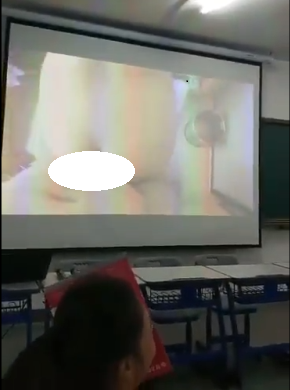 The video is very graphic but you can go here to watch it.