A woman stripped unclad during a presidential gender based violence summit to the shock of guests at the event.

It was gathered that the woman identified as Ausi Phindile decided to strip n-ked at the summit in South Africa to show president Cyril Ramaphosa her scars after she was gang r-ped and underwent five surgeries around her abdomen.

The Gender-Based Violence and Femicide Summit was held yesterday at Saint George Hotel in Centurion.

Government convened the two-day gathering following a call by the total shutdown movement during a march to the Union Buildings on Women’s Day.

The summit is aimed at finding ways to address the scourge of femicide and women abuse in the country.

Ramaphosa however assured that the abuse against women and children can no longer be tolerated in the country. 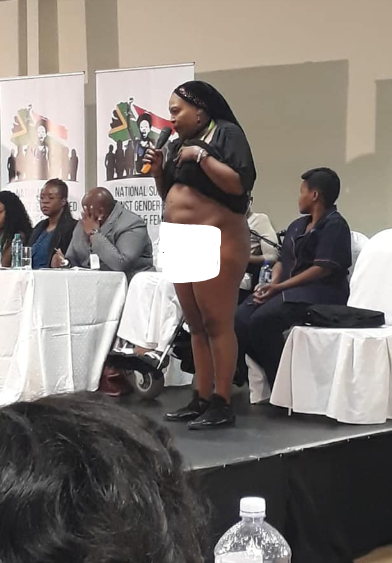 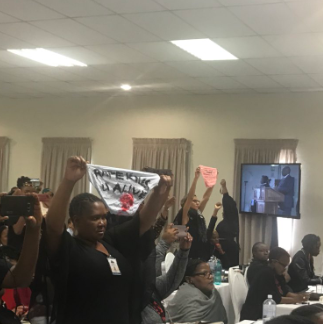