A great-grandmother has tied the knot after finding ‘the one’ at the age of 90. Widow Dorothy Williams, now 93, from Macomb, Michigan, believed she wouldn’t fall in love again after the death of her first husband two decades ago.

But that changed when she met her now-husband Richard Rola, 86, at a polka dancing class three years ago.

Just 18 months later, Richard got down on one knee and proposed to Dorothy while on holiday with her family.

Last month, in front of 200 friends and family, Dorothy and Richard tied the knot, with the bride donning a short pink dress, gold sequin tennis shoes and a flowers in her hair to suggest ‘blooming youth’.
The couple were introduced after Dorothy’s son John met Mr Rola while providing a roofing estimate and thought he would make a ‘nice friend’ for his mother.

‘He seemed like a really nice guy,’ John said. As we talked, I found out that we were both Polish. And, I kind of thought he would be a nice friend for my mother.

‘I told him that my wife Beth and I, and my mother went Polka dancing in Marysville each week. I invited him to join us. He did.’
Mr Rola, a retired IBM worker said, ‘I just could not believe how much Dorothy and I matched each other on so many levels.

‘Then, one day, she told me how much she enjoyed being with me. And, she said she wished she could always be with me.
‘When she let me know how she felt about me, it was like somebody had hit me with a sledgehammer. I knew right away, what I was going to do. That was all I needed.

‘I was so happy, that I decided at that very moment, that I was going out the very next day and buy her a ring.’

With a flair for romance, Mr Rola waited until they were on holiday with her family and came up with a way to surprise her with a proposal.
At dinner one night, he pretended to have dropped a coin on the floor. He continued: ‘She did move over and that is when I got down on one knee and I proposed to her.

‘She said, “yes” and, ever since then, I have been as happy as anyone could ever be. It was so wonderful, because everyone was in on it, except her.’

Dorothy, a former waitress, said: ‘I was shocked and surprised. I never expected it. It felt wonderful. Just wonderful. I never thought that this would happen to me.’

Presiding over the wedding last month,Pastor Jill Hardt Zundel, of Central Methodist Church in Detroit, said: ‘All the previous moments of the couple’s lives led up to this moment of love and joy.’
During the ceremony, Rola promised to love Dorothy for ‘all the days’ of his life.

After exchanging vows, Dorothy and Richard followed Polish traditions by adding symbolic headwear and danced to both slow and fast polka. 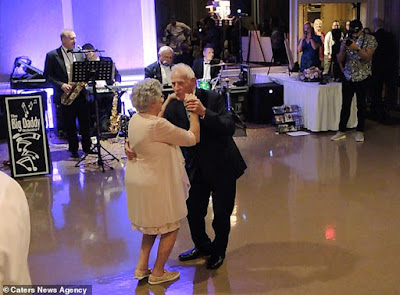 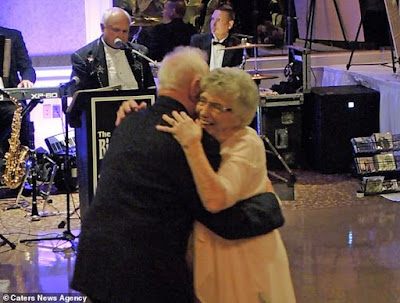 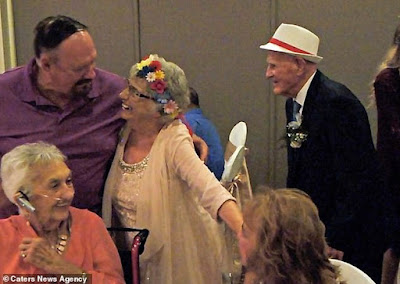 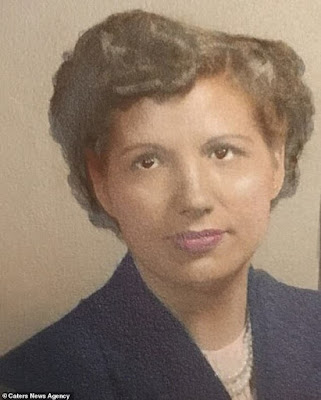 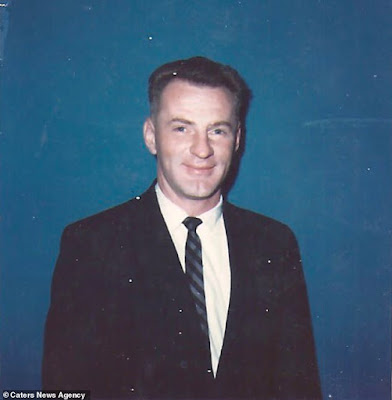 Governor Fayose: “I will be president of Nigeria Tomorrow.”
Categories: News