A 13-year-old girl in Guatemala has given birth to triplets after being raped by a man who was selling sweets in the street.

Francisca Lopez Perez, from the town of Momostenango, did not even realise she was pregnant until her stomach began to swell. 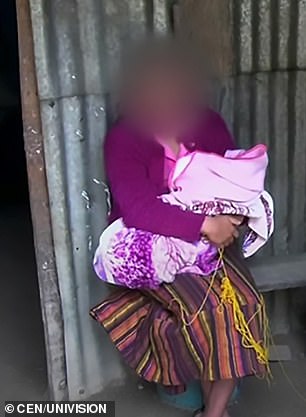 The triplets each weighed only about 2.2 lbs (1 kg) and the two oldest were rushed to the emergency ward of a local hospital where they later died,Mailonline reports.

Miss Lopez Perez said she had become pregnant after she had been raped by a ‘candy seller’ who she was not able to identify.

She has to constantly take the baby boy to hospital as he is so small that he regularly needs oxygen.

If You Missed it…Here’s All That Went Down At Fayose’s Presidential Declaration Yesterday
Categories: News

'My brother 'Paul' disrespects me and my family all the time and I can't take that' - Peter Okoye speaks in Kenya (Video)
MUST READ! Removing condoms during sex without consent is a form of sexual assault
President Buhari and Osinbajo to be in a live interactive programme today January 16th
“I Am Broke And I Live With My Mum”- Sean Kingston