This viral video shows the shocking moment an adventurous couple were caught having sex as they drove down the middle lane of a Spanish motorway.

In the video, which was recorded on September 15 and filmed by a  passing motorist, the pair were inside a moving blue car with the woman seen naked from the waist up as she sat on the man’s lap who was driving …

According to Mail Online, the man and woman have been tracked down by police on suspicion of reckless driving. The man faces being banned from the roads for up to two years and fined £440 if found guilty by a court.

But police are yet to reveal the identity of the pair.

A spokesman for the Civil Guard confirmed: ‘Police became aware of a video circulating on social media in which the driver of a car could be seen having sex with his passenger.

‘It was a video lasting 32 seconds and the car could be seen in the middle lane. The motorway it was travelling on was identified as the AP-6.

‘After viewing several hours of traffic cameras the car was identified and the identify of the driver confirmed. He lives in the province of Madrid.

‘When he was told why he was under investigation, he confessed and identified the woman with him, who was also being probed on suspicion of reckless driving. 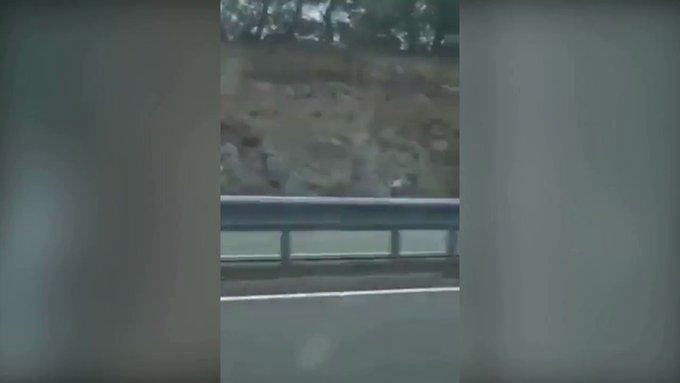