A Nigerian, Kolawole Oginni has blasted Nigerians saying Ooni of Ife’s new wife, Prophetess Naomi Oluwaseyi DID NOT step on blood during her marriage rites but stepped on ‘Osun’, camwood in English language.

He described them as ignorant of our tradition, but many Nigerians didn’t still agree with him, insisting that looked more of blood than Osun. Then to buttress their points, some then went ahead to dig out photos of former Olori Wuraola doing the same during her marriage rites to Ooni.

What Kolawole said and former Olori Wuraola’s photos all below…. 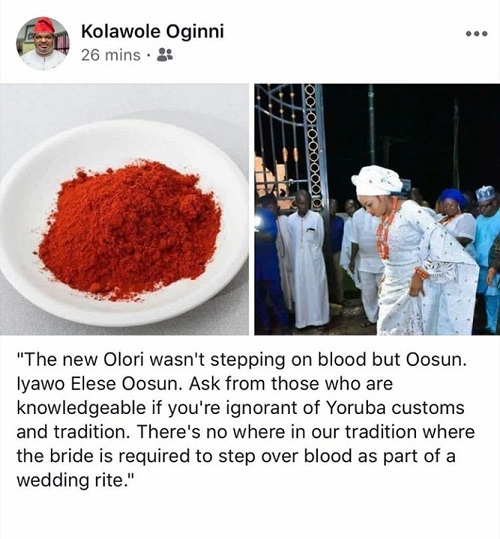 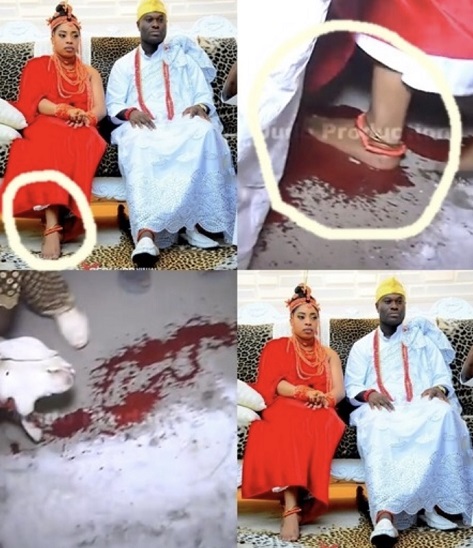 For Men Only! 10 Things that women want but would never tell their man
Categories: News