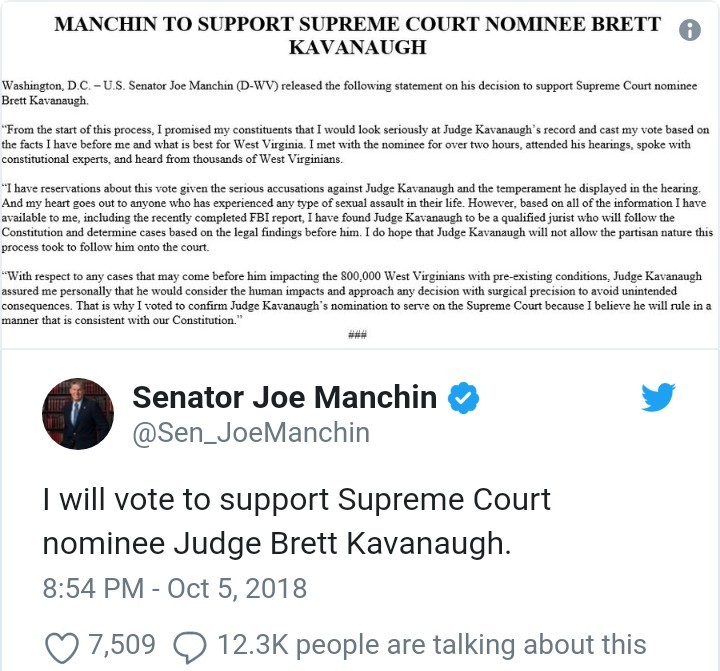 Sen. Jeff Flake, the Arizona Republican who called for the FBI background probe into Kavanaugh, is also voting “yes”. Sen Lisa Murkowski, an Alaska Republican, will vote no, but she is the only Republican who will.

The final vote on Kavanaugh is expected on Saturday. 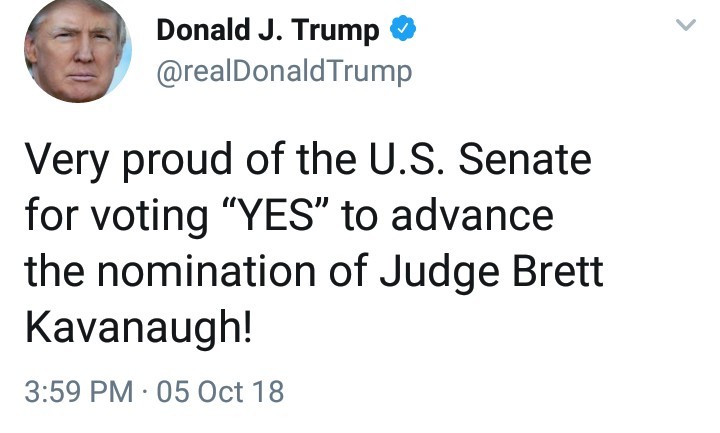 Kavanaugh’s path to the court seemed unfettered until mid-September, when Christine Blasey Ford accused him of drunkenly sexually assaulting her in a locked bedroom at a 1982 high school gathering. Two other women later emerged with sexual misconduct allegations from the 1980s, all of which Kavanaugh has denied.