A Zambian pastor has been shamed online after he allegedly sent nude videos and pictures of himself to female church members, including married women.

The pastor, identified as Elder Charles Kalombo of Bread of Life church in Ndola, Zambia,  is allegedly in the habit of going after married women in his church. He was allegedly exposed after the husband of one of the women saw the video in his wife’s phone and released it.

In the video obtained by Zambia Watch, they claim the pastor can be heard enticing a married woman identified as Bana Mary. The pastor claimed he can go for “six hours with Bana Mary” because she is too cute to be married to a loser.

It was gathered that church member had previously written a letter to the church’s senior cleric, Pastor Imakando, urging him to tame his pastors who are enticing people’s wives.

Elder Kalombo is yet to react to the allegations. 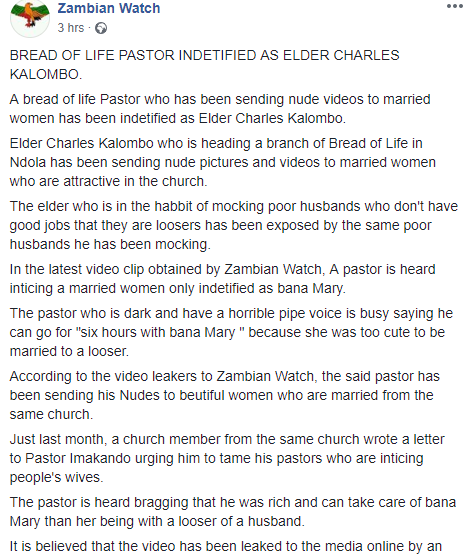 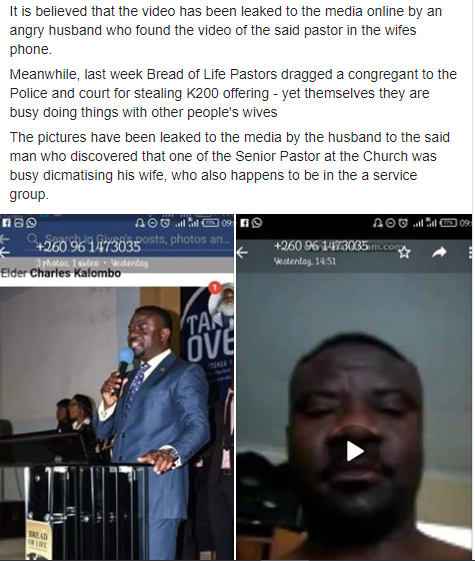 Actress Battered By Man For Kissing In A Stage Play
Categories: News