A woman has been jailed for filming her housemaid as she cried for help and fell from a seventh-floor balcony while trying to flee her apartment in Kuwait.

Shocking footage shows the Ethiopian maid crying for help and hanging by one hand from a window frame. As she did, her mistress simply filmed while taunting her. At some point, the maid, unable to keep holding on, plunged down on to a metal awning below.

Just before her hand slipped and she fell down to hit the awning, the terrified maid is seen screaming “hold me, hold me”. But her mistress makes no move to help and continues filming. 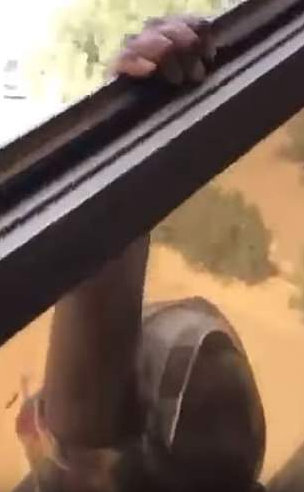 Incredibly, she survived the fall thanks to the awning which softened the impact, and she walked away with just a broken arm and other minor injuries. Later, paramedics rescued the maid and rushed her to hospital where she was found to have a broken arm as well as a bloody nose and ear.4

The woman holding the camera, who was heard saying “Oh crazy, come back” in the clip, has now been jailed for a year and eight months for filming her domestic helper’s escape attempt. 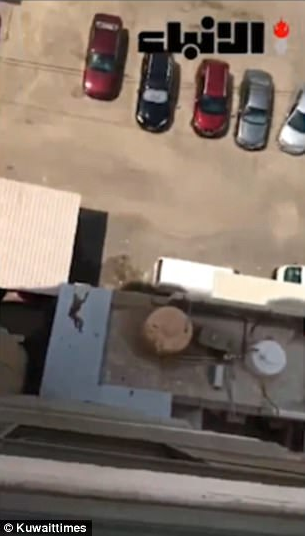 The criminal investigation police referred the employer to the prosecution over failing to help the victim, local media reported at the time.

The reasons for the maid’s actions were not revealed at the time.

Scary!!!!! New Male Sex Robots With Bionic Penises Emerge To Replace Men As Ultimate Boyfriends
Buhari Administration Welcomes Exit From Recession With Cautious Optimism
Man Storms Stage To Get At Britney Spears As She Performs In Las Vegas
MURIC warns buhari against intervening in the death sentence of the 5 christians who killed a hersdman