A man walked into a police station carrying the severed head of a man he claimed he murdered for making a pass at his mum.

Two men, known only as Giresh and Pashupati, began fighting at a festival in India while working together. The brawl soon turned fatal as Pashupati, 24, allegedly chopped off 36-year-old Giresh’s head.

The pair had reportedly been involved in a three-year-long feud which ended with the gruesome murder. 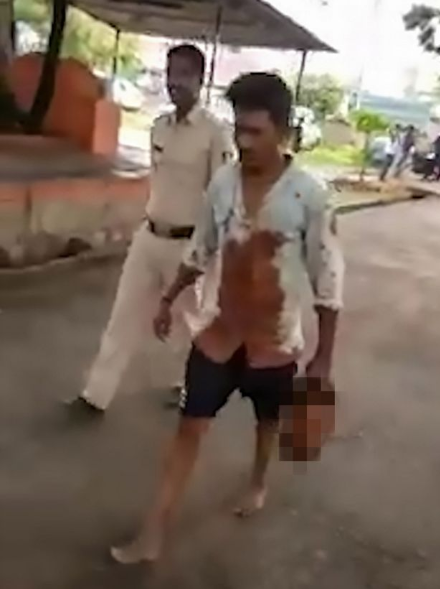 Locals said the horrific incident, which occurred in an “isolated spot” in Mandya city, India, was linked to Giresh’s romantic feelings towards Pashupati’s mother.

After Pashupati killed Giresh, onlookers claim he drove 20km on his bike to Mandya city carrying his head by the hair and walked into a police station. A shocking video shows him walking through the streets with the bloody head.

Pashupati has been arrested on suspicion of murder. 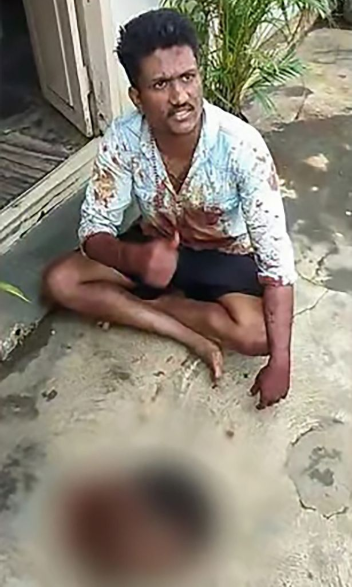 We are investigating the incident, but the accused and the victim were good friends.

It appears that the victim died in the morning, just before his head was brought to the station.

Pashupathi informed the police officials that Girish spoke ill of his mother, which triggered a fight between the two.

The incident happened on September 30.

Police said it was the third beheading incident in the state in a week, and officers fear the publicity they generated could be inspiring copycat crimes.